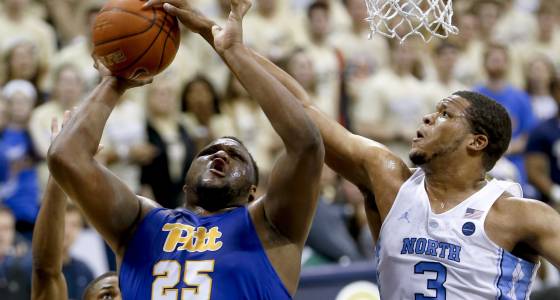 Justin Jackson scored 23 points, Joel Berry added 19 and No. 8 North Carolina continued its march to the Atlantic Coast Conference regular season title with an 85-67 victory over host Pittsburgh on Saturday.

The Tar Heels (25-5, 13-3) have won four straight following a loss to archrival Duke two weeks ago. North Carolina can clinch its second straight ACC regular season crown and 31st overall with a win at No. 18 Virginia on Monday.

Jackson bookended a 10-0 run to end the first half with two deep, contested 3-pointers to give North Carolina all the breathing room it needed. The Tar Heels dominated the smaller Panthers (15-14, 4-12) in the paint, outrebounding Pitt 48-28.

Michael Young and fellow senior Jamel Artis finished with 17 points each in their final game at the Petersen Events Center.

The Panthers took the Tar Heels to the final buzzer in Chapel Hill last month, losing only after Artis' off balance heave fell short. Pitt's four outgoing seniors - Young, Artis, Chris Jones and Sheldon Jeter - came in looking for one last vintage performance in front of the Oakland Zoo to take some of the sting off a disappointing season.

No chance. North Carolina has tightened up defensively since the Blue Devils lit them up on Feb. 9. The Tar Heels held Pitt to 40 percent shooting (19 of 48) and responded immediately whenever the Panthers appeared ready to threaten in the second half.

After a layup by Jones pulled Pitt within 44-36, a 15-5 surge fueled by Berry pushed North Carolina's lead to 59-41. When a free throw by Young trimmed the Panthers' deficit to 62-50 with just under 10 minutes to go, another 12-6 burst capped by a dunk by Jackson gave the Tar Heels a 74-56 lead that turned the final minutes into a somewhat solemn going away party for Young and company.

Barring an improbable run in the ACC Tournament, the Panthers will miss the NCAAs. That won't be a problem for the Tar Heels, who could be in line for a top seed when the brackets come out next month if they can continue their machine-like run through the nation's toughest conference.

Shake Milton had 20 points and seven rebounds to lead No. 15 SMU over UConn 69-61 on Saturday in Hartford, Conn.

The Huskies (14-14, 9-7), who have dropped two straight after a four-game winning streak, were led by Kentan Facey's 15 points. Freshman Christian Vital and Vance Jackson each added 14, while Rodney Purvis had 11.

Milton scored just two points in the Mustangs' previous win, a 76-66 decision over Houston on Feb. 18.

SMU shot 50 percent from the field and led by double digits for almost the entire final 13:28 of the half. Vital's 3-pointer with 34 seconds left made it 39-30, but Moore closed the half with a dunk.

The Mustangs survived some foul trouble in the half, with Ojeleye and Brown sitting for extended periods with two fouls apiece.

UConn shot just 11 for 32 in the half, with the starting backcourt of Purvis and Jalen Adams a combined 3 for 16. Adams missed the final 2:58 of the half with a left ankle sprain and did not return.

Without Adams, UConn tried climbed within 57-52 with 9:20 to play, but the Mustangs answered with a 9-2 run to regain control.

Freshman Kyle Guy scored 19 points to help No. 18 Virginia snap out of an offensive funk to beat North Carolina State 70-55 on Saturday in Raleigh, N.C., ending a four-game skid.

Devon Hall added 18 points for the Cavaliers (19-9, 9-7 Atlantic Coast Conference), who shot 49 percent and made 11 of 16 3-pointers — a huge change from missing shot after shot during three particularly ugly offensive performances coming in.

It was Virginia's longest losing streak since losing nine straight during coach Tony Bennett's first season in 2009-10. But the Cavaliers led 35-21 by halftime, pushed that to 19 early after halftime and led by double figures nearly the entire second half.

N.C. State got no closer than 10 again in the final regular-season home game for coach Mark Gottfried. The school announced earlier this month that he won't return next year after a once-promising season completely unraveled.

Xavier Rathan-Mayes scored 13 of his 15 points in the second half, including the go-ahead basket with 1:22 left, to lift No. 19 Florida State to a 76-74 victory over Clemson on Saturday in Clemson, S.C.

Jonathan Isaac of Florida State blocked Shelton Mitchell's drive with 11 seconds left and, after Trent Forrest made a free throw for the Seminoles, Marcquise Reed came up short on a mid-range jumper with 5 seconds to go as the Seminoles held on to win their 23rd game in the regular season for the first time since 2008-09.

Florida State looked ready to stretch this one out after Forrest had a basket and two foul shots to put the Seminoles up 69-64 with 4:19 to go. But Jaron Blossomgame answered with a basket and Mitchell hit a 3-pointer to tie things once more.

Blossomgame finished with a game-high 24 points, his 12th game scoring 20 or more this season.

Isaac had 14 points and Dwayne Bacon added 12 for Florida State.

Landry Shamet scored a career-best 23 points as No. 25 Wichita State clinched at least a share of the Missouri Valley Conference title for a fourth straight season with an 86-67 victory over Missouri State on Saturday in Springfield, Mo.

The title is the fifth in six seasons for the Shockers (27-4, 17-1), who have won 12 straight games and appear well on their way to a sixth straight NCAA Tournament appearance.

Shamet finished 9-of-12 shooting, 5 of 8 from 3-point range, while topping his previous best of 20 points — set against South Dakota State in December. Shaq Morris added 20 points for Wichita State, which has won 14 straight games over the Bears (16-15, 7-11), while Conner Frankamp had 14 points.

The Shockers led by as many as 10 points in the first half before Missouri State cut the lead to 50-46 early in the second half. However, Wichita State followed by hitting five of its 11 3-pointers for the game during a 20-8 run that pushed the lead to 70-54 and put the game out of reach.

Shamet hit four of his 3-pointers in the second half for the Shockers, who added to the school record for 3-pointers in a season (274) they set in a win earlier in the week against Evansville. 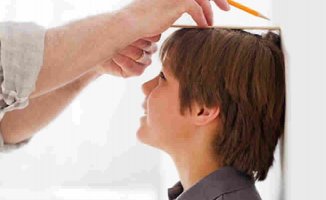