If you believe so much in the results of an election that hasn't even happened, you will go through this trauma 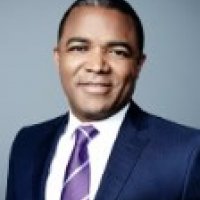 When we take a look at the nature of the reactions, the obstinacy and extremity of these reactions, we can see that the issue is beyond that of a reaction and can instead be labeled as trauma.

The nature and rules of a referendum requires that if it is even one extra vote on one side, this has to be understood as if it is the decision of all the participants. Those who vote participate knowing this fact, and everything participates with indirect consent to this.

Even the main opposition party, the Republican People's Party (CHP), knows this, but they have somehow made themselves believe that the result would have been "no" and that "yes" would not stand a chance.

When I saw the CHP leader Kemal Kılıçdaroğlu on television ahead of the referendum fuming over questions starting with the sentence, "But, assuming that 'yes' comes out of the box," I actually thought it was a tactic they had adopted.

I thought it was the wrong tactic to be used by the "no" front. Because, being so sure about a "no" result could cause the "no" front to slack off. However, after the election I now understand that when Kılıçdaroğlu was fuming, his action was not part of some tactic, instead, he was sure that the result would be "no."

I believe this "state of complete belief" is the reason for the trauma they are experiencing today. Whatever it is that they've done to invest in this result has only made things worse.

Kılıçdaroğlu has not moved on to accusing the voters for the result as he did in previous elections. Instead of using this known tactic, he has chosen to argue that the election was rigged. If he was so sure an election, which had not even happened, would result as he wished, it is normal that he would now believe and try and make others believe too, that the election was rigged.

Who convinced Kılıçdaroğlu to so strongly believe that the result would be "no"?

It would probably be a good idea to ask who it was that convinced Kılıçdaroğlu to so strongly believe that the result would be "no."

Did the Fetullahist Terror Organization (FETÖ) and his researchers give him study results as they had in the 2014 local elections, convincing him that the Justice and Development Party (AK Party) would not be able to exceed 25 percent? Wasn't it them who always misled him during the previous elections? Why doesn't Kılıçdaroğlu stop believing a guide that has repeatedly misled him? The same group misled both the CHP leader and the world about the results. With this, they have not harmed Kılıçdaroğlu only, but also the countries that were making plans about Turkey. As a result, this is what happens if your guide is FETÖ: grief and trauma. Thus, to get out of this traumatic state, they start to attack. Believing in a result that has not even happened makes the degree of the trauma stronger. Therefore, neither the CHP, nor Kılıçdaroğlu would be convinced with a recount or doing the whole thing over again. They are experiencing a serious psychological trauma. We would have to admit that the Supreme Election Board's (YSK) statement on the unstamped ballot papers made things worse for the CHP. It is thinking about nothing, but this. But it is silly that he would have hope in this, because there are 1.38 million more “yes” votes than the “no” votes. So, even if the unstamped ballot papers were ruled out, it is a win for the "yes" camp.

First of all, an unstamped envelope does not necessarily mean that they have "no" stamped in them. It will only mean that, the Peoples' Democratic Party (HDP) and CHP representatives in the voting areas did not stamp the ballot slips on purpose when they were voting, as the envelopes were not brought in from outside and thrown into the ballot boxes. Hence, there is one CHP and one HDP ballot box officer at each of the 194,310 boxes set up in Turkey and there has been no complaint or objection by any of the CHP and HDP ballot box officers during the elections up until now.

Besides even if all these envelopes had "no" stamped in them, the result would not change. And furthermore, because this issue came out before the boxes were even opened, it indicates that there would be an equal amount of yes and no votes in them.

Therefore, it could be understood that the CHP is trying to comfort itself with this, but it is unacceptable that they are trying to damage the legitimacy of the elections. This country and nation does not have to pay such a heavy price for the CHP's psychological obsessions.

1. In my interview with the BBC I said that getting a result below your expectations cannot be directly tied to fraud, but it is, instead, a psychological reflex to make things better. During my interview, I said that the "yes" votes were under my expectations, but this does not mean that there is fraud. Although, I did not imply anything other than that which I said, I had to read that I said the "yes" votes were stolen.

2. In the same interview, although I said we couldn't know how many "yes" votes we received from the Nationalist Movement Party (MPH), but we believed that this would be rather reasonable, some websites wrote that I said the MHP didn't vote "yes." We know that some journalists can make things up, but I cannot understand how they can twist the statements made in a written interview.