Galleries Videos Authors Polls
Famagusta
BREAKING BUSINESS EDUCATION ENTERTAINMENT HEALTH POLITICS SCIENCE SPORTS
10:06 How To Start Day Trading Crypto
14:46 The Basque Government submits its own energy saving model to debate
14:44 An improvised attack hatched in Catalonia
14:41 Russia plans to connect Zaporizhia NPP to Crimea's power grid
14:39 Controlled the serious industrial fire in Cuba, although the risks persist
14:38 At least thirty migrants traveling from Turkey to Italy disappear in the...
12:50 Bloomberg reports that electric cars are on the verge of widespread adoption...
19:19 Randy Fenoli, star of 'Say Yes To the Dress' weighs in on the...
18:20 Shawn Mendes cancels Wonder World tour in order to concentrate on his...
12:20 Amber Heard asks for mistrial and says that the wrong juror was seated...
BIST
4.997,63
GOLD
1.128,47
USD
18,84
GPB
22,70
EUR
20,33 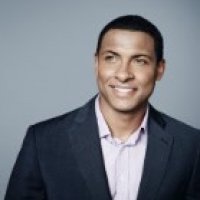 We have to understand the results of the referendum through multiple readings. Because it does not tell us one thing only. It tells us many things. The most important thing it tells us is that the new Turkey has now received approval from the nation. The people have changed the almost 150-year-old parliamentary system with their own approval. The people determined their own destiny in relation to the system. The People's Party regime has been buried in the grave. The nation has defeated the Republican People's Party (CHP) regime. This century-long struggle has been ended with success. We need to feel this and continue our walk accordingly.

This is the first time the people have been the main subject of a radical change in Turkey. The people's sovereignty theory has become a reality for the first time. Because in the century-old history, the people's existence was, on the contrary, rejected with this theory. It rejected the people's history, their geography understanding, their faith and their actors. In this aspect, the CHP is a rejectionist party. This rejectionist political subconscious has been defeated by the true children of the nation. The 1,000-year-old nation idea on this land has reclaimed the politics that was stolen from it. Sovereignty now unconditionally belongs to the nation.
The CHP spirit does not accept this and is resisting. It runs to the court, resorts to slander and lies, run to its masters at the OSCE. After losing the hegemony they built with the support of their masters, they are once again turning to them. Yet, they lost the politics trusted to them a century ago by the Western world order. There is no turning back. Now, the Western order is going to speak to the owners of the nation and listen to them. It is going to be the one that listens rather than the one that commands. It is going to act like a neighbor, not a master. We are the last two-century-old politics that has fallen from world order ownership to balance, from balance to the slaves of the West. This two-century-old politics is takjng a new route. This is the meaning of the victory that resulted from the April 16 referendum.

April 16 is President Recep Tayyip Erdoğan's victory. The regional initiatives/conquest attempts of Erdoğan's politics was stopped through with intervention jn the Arab Spring. The Western world order that saw Erdoğan did not surrender to this and hence, tried to overthrow him. This is the reason behind the Gezi Park events, the Dec. 17 and Dec. 25, 2013 junta bids and the July 15, 2016 coup attempts. The sabotage of the reconciliation process and the Kurdistan Workers' Party (PKK) being rearmed and activated, the Gülen Movement being turned into the Fetullahist Terror Organization (FETÖ), Daesh starting attacks in Turkey and the Revolutionary People's Liberation Party-Front's (DHKP-C) increased activities point to this. With his new pursuits, new alliances and resistant leadership, Erdoğan dis not bow down to this. He managed to stay standing under these difficult conditions and by switching to a new system, he destroyed the walls of the local alliance forces of the world order.

The success on April 16 is the collapse of these barriers and walls. The world order is now going to accept the new regional alternative presented by the Erdoğan leadership. What is this new Middle East alternative? It is the politics that runs development and justice together. There is going to be development, with the people reaching the level of prosperity, and there will also be justice. Oil money is not going to flow from the hands of certain groups and elites to the Western order, abandoning the people in the region to poverty and dictators.

This post-Ottoman Empire order is going to change with the politics of the Erdoğan leadership. The Erdoğan leadership shows the unity of democracy and Islam and the possibility of reconciliation between them. Neither Abdel-Fattah el-Sissi's dictatorship option, nor Iran's political Islam option. Neither of them bring prosperity and justice. Instead of these, the Muslim democracy option that has been experienced by Turkey's Islamists. Turkey is once again going to present historic presence of the "middle path" Islam to the understanding of the modern world through Erdoğan's politics. This is an Islam that rises with the spirit of time. An Islam understanding far from violence, sectarianism and ethnic and racist politics.

The referendum is a new beginning both for Turkey and the Middle East. It is Turks' taking to the history stage again as a nation. It is the existence of the elements of Islam, primarily the Kurds, through liberation. It is the rise of a new path outside al-Qaida, Daesh, the PKK, FETÖ and Wahhabism. It is the historical Ahl as-Sunnah conscious turning to represent the nation again through the middle path.