Galleries Videos Authors Polls
Famagusta
BREAKING BUSINESS EDUCATION ENTERTAINMENT HEALTH POLITICS SCIENCE SPORTS
10:06 How To Start Day Trading Crypto
14:46 The Basque Government submits its own energy saving model to debate
14:44 An improvised attack hatched in Catalonia
14:41 Russia plans to connect Zaporizhia NPP to Crimea's power grid
14:39 Controlled the serious industrial fire in Cuba, although the risks persist
14:38 At least thirty migrants traveling from Turkey to Italy disappear in the...
12:50 Bloomberg reports that electric cars are on the verge of widespread adoption...
19:19 Randy Fenoli, star of 'Say Yes To the Dress' weighs in on the...
18:20 Shawn Mendes cancels Wonder World tour in order to concentrate on his...
12:20 Amber Heard asks for mistrial and says that the wrong juror was seated...
BIST
4.997,63
GOLD
1.128,47
USD
18,84
GPB
22,70
EUR
20,33

If Syria is divided... 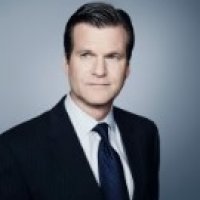 The chemical attack that killed innocent people in Syria last week hurt all the conscientious people around the world. Columns, reports and discussions were dedicated to the victims of the attack as well as to the previous victims.

But the unfortunate and ill-fated are not only the Syrians who lost their lives in the bombings. Syria and thus the Middle East with its land, mountains, rivers, history, culture and people are becoming more and more unfortunate by the day.

There seems to be not one analysis, in international relations, that does not predict a divided future for Syria.

It appears that Syria has become the field for global powers to compete against each other. Whenever one country desires to give another country a message, it does so through Syria. On one hand, there is no need to mention the obvious repercussions of the Russia-Iran duo (as the Persian doctrine and Shiite sectarianism has great effects in bringing Syria to such a state) and on the other hand, the U.S. having grouped up with the U.K., since its relations are not on very good terms with Europe. There are also independent agents that are either within the borders of these powers or are close by.

And then there are countries like Turkey that have historical ties with Syria and want the war to end so that people do not die. And a few Gulf countries like Qatar that support Turkey in this case. Europe on the other hand has not made any responsible statement about the crisis. The only Syrian policies they have are "not accepting refugees" and "not taking place in the coalition powers."

Europe always stood on the U.S-Britain side (especially during the Obama period), but now they are trying to deal with the racist illness they are infected by. Thus, I am not sure if they would have time to deal with Syria, while they are too busy dealing with themselves. They will most probably follow the U.S. again, if things get more serious.

But Europe's existence is not really needed to make the future of Syria worse, since the actors in the field are already doing a great job of that. The terror organizations that have positioned themselves in the area are there to do exactly that as well. These terror organizations are acting to make things even worse because they are a part of one of the main line forces (undercover). Once it all becomes foggy, the rest will follow anyway.

I personally believe, in which many analyses will argue, that Trump hit the base that used chemical weapons on Idlib, in hopes to stop his own public from believing that he has shady ties with Russia. This act would give people the impression that Trump kept his word, in that he would do everything Obama did not (Obama didn't budge a finger for Syria while he was in power).

On the other hand, bombing Syria once would also be an act of "symbolic violence" for America's explicit and secret competitors. It is hard to forecast whether the U.S. will continue to strike Syria as the balances change rather quick in the Middle East. Although, If the U.S. administration is using this as an element of oppression that does not require physical violence and has only used this strike as a one off thing to threaten its rivals, it can be a good method.

Other variables can be included in this equation and discussions can be made on the other actors' plans. But as I mentioned in my article written on April 7, 2017, "As cold blooded plans and calculations are made on the chess board named Syria, the lifeless bodies of children who lost their lives because of malnourishment, bombings or poisoning are laying side by side on the ground."

Everybody that lives in our country has to understand that the division of Syria will not just have effects on Syria alone. We all need to understand that we have to support our state in its efforts to stop this war in Syria. Because there is no guarantee that a single spark will not burn down the whole of the Middle East. Let's not forget that there is no guarantee we will not become like those we don't rent out our houses to, those who we look down upon and those who we want out of our country.