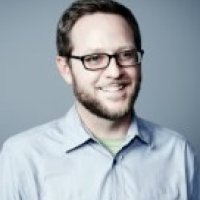 Bruce Douglas
Bruce Douglas is an on-field journalist and his area of work is one of the most volatile regions in the world, i.e. Jerusalem. As a USA News correspondent for Jerusalem, he covers the West Bank and Israel and gathers news from there. He has been based in the Middle East region since 2012 and was actively reporting throughout the unrest which has been going on in the region of late. His reports have not only appeared on USA News, but have also been published by other reputed platforms in that region as well. He also has many independent columns and journals to his name.
Author Articles
Who ordered the assassination?
2017-04-28 07:40:59
The new indictment involving 51 suspects on the Hrant Dink murder included the statement, 'It is not possible for the Dink murder to have taken place outside Fetullah Gülen's knowledge and approval.” In the indictment prepared by Istanbul Public...
Authors
Galleries Videos Authors Polls Cartoons Companies Adverts