MWC 2017 Dates: Which Phones And Devices Are On The Launch Agenda? 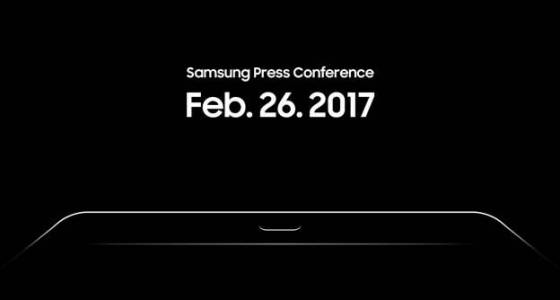 Mobile World Congress 2017 takes place from Feb. 27 to March 2 and is expected to introduce a host of new smartphones and devices to the market. Among the top manufacturers presenting at MWC are Samsung, LG and Huawei. Many other manufacturers presenting include Alcatel, Microsoft, Xiaomi, Meizu and HP. Here’s a rundown of some of the most anticipated MWC launches taking place next week.

With Samsung out of the running for a flagship smartphone launch, LG is looking to take the top spot among device releases at the Barcelona tech convention. The LG G6 is already confirmed for a MWC launch and a speedy market release on March 10, and expected to include a new 5.7-inch Quad HD display and water resistance among its primary features. Rumors and leaks suggest LG has scrapped the modular design of the LG G5 for a more standard metal unibody form factor.

The device may also run the Qualcomm Snapdragon 821 instead of the Snapdragon 835, as the Galaxy S8 is rumored to feature the latter chip exclusively at launch.

The LG G6 is also expected to boast 6GB of RAM and 64GB and 128GB internal storage options, a 16-megapixel rear camera and 12-megapixel front camera, a non-removable battery, a fingerprint scanner, USB-C and Android Nougat.

Samsung is expected to unveil the Galaxy Tab S3 tablet in Barcelona in lieu of the Galaxy S8. Rumored specs for the tablet include a 9.6-inch 2048 x 1536 curved display, a Qualcomm Snapdragon 820 chip, 4GB of RAM 32GB and 128GB internal storage options, a 12-megapixel main camera and 5-megapixel front camera.

Huawei has confirmed it will announce the Huawei P10 smartphone during MWC 2017. The camera is expected to feature a dual-camera set up among its main specs. The smartphone may also include the Leica camera technology for professional-grade mobile photography.

Other rumored specs include a 5.2-inch or 5.5-inch display, a Kirin 960 chip, 6GB of RAM, internal storage options up to 256GB, a USB Type-C charging port with quick charging and Android Nougat.

Sony is expected to unveil a whole new flagship line of devices at MWC, including the Sony Xperia X2 and Sony Xperia XZ2, among others. The most premium device in the series may feature a 5.5-inch 4K resolution display, a Qualcomm Snapdragon 835 chip and 4GB and 6GB RAM options. Many Sony device rumors remain uncertain at this time. Some devices may not be unveiled until after MWC. Sony may have up to five smartphones in its release pipeline.

The BlackBerry Mercury was already showcased at CES back in January, but is expected to make its official debut during MWC. The device will feature a traditional BlackBerry QWERTY keyboard and is rumored to feature a Qualcomm Snapdragon 625 chip, 3GB of RAM, a 18-megapixel rear camera and 8-megapixel front camera.

ZTE is expected to unveil a smartphone compatible with 5G data speeds or 1Gbps per second download speeds at this year’s MWC. Not much is known about the device; however, rumors suggest it will feature a Qualcomm Snapdragon 835 chip.

HTC is expected to make an appearance at Mobile World Congress; however, it remains uncertain what the manufacturer will showcase. After having unveiled the HTC U Ultra in January, HTC’s launch schedule remains uncertain. There are rumors about an HTC 11 flagship; however, at this point there’s no real guarantee it will have an MWC launch. Still, rumored specs for the device include a 5.5-inch no-bezel display, a Qualcomm Snapdragon 835, RAM up to 8GB and internal storage up to 256GB, a 12-megapixel main camera and a 3700mAh battery.