After a 14-month search, York University announced Tuesday that current vice-president academic and provost Rhonda Lenton will serve as the institution’s next president.Lenton’s five-year term will begin on July 1. She succeeds Mamdouh Shoukri,... 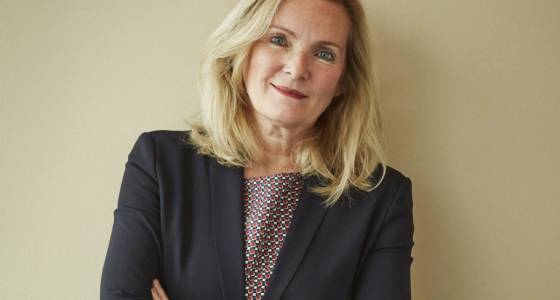 After a 14-month search, York University announced Tuesday that current vice-president academic and provost Rhonda Lenton will serve as the institution’s next president.

Lenton’s five-year term will begin on July 1. She succeeds Mamdouh Shoukri, who was appointed as the university’s first Muslim president in 2007.

“I’m incredibly committed to this university,” said Lenton, who has been in her current role since 2012. “It’s nice to be a female leader, a female president in Ontario.”

Lenton, who will become the university’s eighth president, said she sees York as a comprehensive, research-intensive institution with a particular strength in its liberal arts programs. She said her goal is to expand the university’s “professionally relevant programs,” such as those in the sciences, business and law.

“As we expand in those other areas, it’s all about the interdisciplinarity,” she said. “Every one of our students, irrespective of program, is going to have an experiential learning opportunity. We’re going to focus on the research trajectory that we’re on.”

Lenton’s appointment ends a search that began in December 2015. A 14-member committee that included representatives of the university’s senate and board of governors and conducted “extensive consultations” across the university community, York stated in a release.

Her selection irked the York Cross-Campus Alliance, a group made up of the university’s faculty and staff unions and both its undergraduate and graduate students associations.

In November, the alliance released a statement urging the board of governors to reject Lenton for the role if the committee recommended her, citing “deep concerns about the pattern of dysfunctional labour relations that have persisted and even worsened over the last decade.”

“Students have expressed ... concerns about the academic policies of the current administration, which are likely to be perpetuated if Dr. Lenton is appointed,” it stated.

Lenton said she takes those concerns seriously and would maintain a “completely open approach” in her role as president.

“My goal immediately is going to be to reach out to all of the stakeholders in the university to sit down,” she said. “I’m known (as) somebody who is committed to collegial governance and can lead consensus-building and I’m confident that we’re going to see a positive and seamless transition.”

She said she plans to be “vigilant” in making sure York remains a safe and respectful environment amid political tensions in both the U.S. and in Canada, especially given York’s diverse population and often-politicized atmosphere.

“I think more than anything, that current political climate in the U.S. reminds us that people of different races, genders and backgrounds actually have more in common than we have in difference,” Lenton said. “We’ve got a responsibility together to respect and celebrate those differences while really standing united against this kind of negative discourse.”