SANTA MONICA >> “American Honey,” the story of a girl who runs away and joins a traveling magazine-sales crew, and “Moonlight,” which follows a boy’s emergence from a dysfunctional home in a drug-plagued Miami neighborhood,... 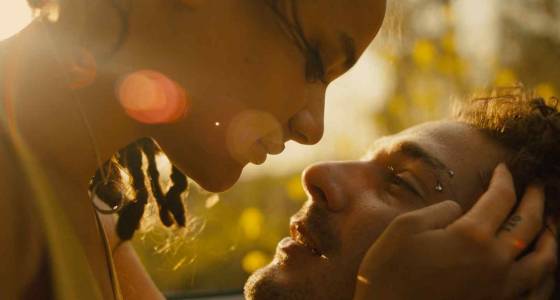 SANTA MONICA >> “American Honey,” the story of a girl who runs away and joins a traveling magazine-sales crew, and “Moonlight,” which follows a boy’s emergence from a dysfunctional home in a drug-plagued Miami neighborhood, are the top nominees heading into Saturday’s 32nd annual Film Independent Spirit Awards.

The films have six nods each for the ceremony that honors the best in independent films from the past year, followed by “Manchester by the Sea” with five and “Jackie,” “Free in Deed” and “Other People” with four each.

“Free in Deed” is also nominated for the John Cassavetes Award, which honors films made for less than $500,000, along with “Hunter Gatherer,” “Lovesong,” “Nakom” and “Spa Night.”

Nominated for best male lead are Golden Globe winner Casey Affleck for “Manchester by the Sea,” David Harewood for “Free in Deed,” Viggo Mortensen for “Captain Fantastic,” Jesse Plemons for “Other People” and Tim Roth of “Chronic.”

The Spirit Awards will be presented at a luncheon ceremony inside a tent along the beach in Santa Monica. The show will be hosted by Nick Kroll and John Mulaney.

(Award given to the producer. Executive Producers are not awarded.)

JOHN CASSAVETES AWARD - (Given to the best feature made for under $500,000. Award given to the writer, director and producer. Executive Producers are not awarded.)

-- Kenneth Lonergan, “Manchester by the Sea”

-- Stella Meghie, “Jean of the Joneses”

-- Lol Crawley, “The Childhood of a Leader”

-- Zach Kuperstein, “The Eyes of My Mother”

-- Jennifer Lame, “Manchester by the Sea”

-- Casey Affleck, “Manchester by the Sea”

-- Lucas Hedges, “Manchester by the Sea”

(Given to one film’s director, casting director and ensemble cast)

-- “I Am Not Your Negro,” Director/Producer: Raoul Peck; Producers: Remi Grellety, Herbert Peck

(Award given to the director)

The 22nd annual Truer Than Fiction Award is presented to an emerging director of non-fiction features who has not yet received significant recognition. The award includes a $25,000 unrestricted grant.