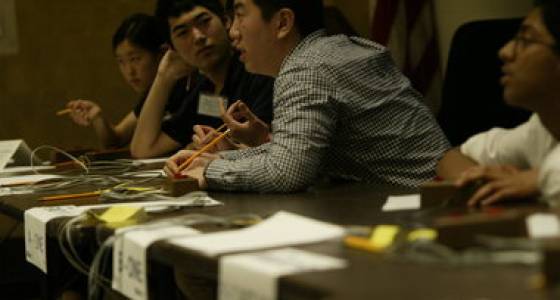 PRINCETON - High school and middle school students from schools around the area battled it out this weekend in a science competition that could give them the chance to travel to the U.S. Department of Energy.

The win came after a grueling 12 rounds of competition in which students from schools in New Jersey, New York and Delaware answered a series of math, science and technology questions.

Now, the West Windsor students must move forward to the U.S. Department of Energy's National Science Bowl in Washington, D.C., where they will compete against 67 other teams.

This weekend marked the 24th consecutive year that the lab has hosted the event.

"I've got to tell you what a thrill it is to see so may people here with the same enthusiasm and effort we see for our sports teams," said Andrew Zwicker, head of the Communications and Public Outreach Department.

The national Science Bowl will be held in late April and early May.