Trump thinks Oscars flub was all because of him

President Trump blamed the embarrassing mix-up at the end of the Oscars on the awards’ show focus on him.“I think they were focused so hard on politics that they didn’t get the act together at the end,” Trump told Breitbart in an interview Monday,... 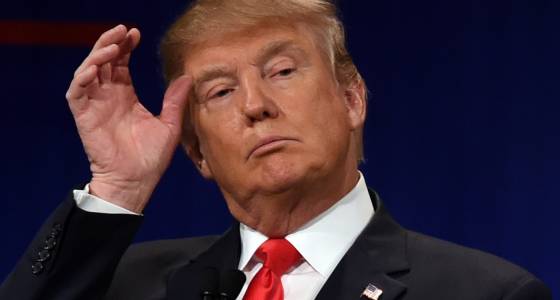 President Trump blamed the embarrassing mix-up at the end of the Oscars on the awards’ show focus on him.

“I think they were focused so hard on politics that they didn’t get the act together at the end,” Trump told Breitbart in an interview Monday, the day after the show messed up and awarded the wrong movie with its most prestigious award, Best Picture.

Warren Beatty and Faye Dunaway named “La La Land” the winner, but then had to yank the award away and give it to the real winner, “Moonlight.”

“It was a little sad. It took away from the glamour of the Oscars. It didn’t feel like a very glamorous evening. I’ve been to the Oscars. There was something very special missing, and then to end that way sad,” Trump said.

Trump was the recipient of mockery and sneer at the glitzy Hollywood event.

“We’re here to honor the actors who seem great, but actually really aren’t. And of all the ‘great’ actors here in Hollywood, one in particular has stood the test of time for her many uninspiring and overrated performances,” host Jimmy Kimmel joked, subtly mocking the commander-in-chief.

“From her mediocre early work in ‘The Deer Hunter’ and ‘Out of Africa,’ to her underwhelming performances in ‘Kramer vs. Kramer’ and ‘Sophie’s Choice,’ Meryl Streep has phoned it for more than 50 films over the course of her lackluster career,” Kimmel added, referencing Trump’s criticism of Streep.

PricewaterhouseCoopers, the accounting firm that handles the awards backstage for the Oscars, apologized for the embarrassing flub.

“We sincerely apologize to Moonlight, La La Land, Warren Beatty, Faye Dunaway, and Oscar viewers for the error that was made during the award announcement for best picture,” said the firm in a statement.