Early drafts indicate that the Trump administration’s forthcoming budget may propose the elimination of the primary funding agency for civil legal aid in this country. Far from being a prudent candidate for elimination, legal aid is a government initiative... 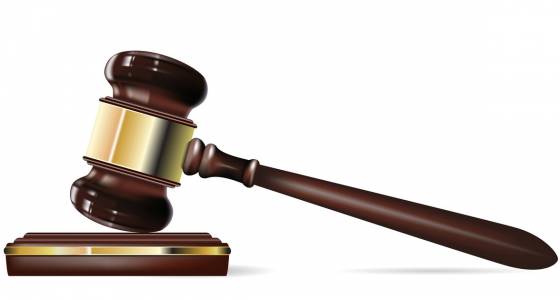 Early drafts indicate that the Trump administration’s forthcoming budget may propose the elimination of the primary funding agency for civil legal aid in this country. Far from being a prudent candidate for elimination, legal aid is a government initiative that promotes individual empowerment and self-reliance — two values that loomed large in President Trump’s campaign and still garner support across the partisan divide. A populist focus on American greatness should bring a renewed commitment to remedy our nation’s scandalous failure to provide the working poor with meaningful access to our civil justice system.

According to the World Justice Project’s survey data, the U.S. ranks dead last (36th out of 36th) among high-income countries on the question of whether people can access and afford civil justice. This shortcoming is nothing new, nor are efforts to close this “justice gap.” In 1974, Congress established the bipartisan, nonprofit Legal Services Corporation (LSC), which distributes funding through a competitive grants process to 134 independent legal aid programs across the country. LSC is, by far, our largest source of civil legal aid funding. These programs help people who live in households with annual incomes at or below 125 percent of the federal poverty guidelines, a category that includes almost 1 in 5 Americans. The most frequent cases involve family law (e.g., protecting victims of domestic violence, guardianship proceedings), consumer issues (e.g., protecting the elderly and vulnerable from being victimized by unscrupulous lenders), housing (e.g., landlord-tenant disputes, renegotiating loans in foreclosure cases), and helping military families with a variety of legal needs.

As a nation, we’ve been heading in the wrong direction in our efforts. In 2015, LSC-funded programs helped 1.8 million people, but recent studies indicate that 80 percent of the civil legal needs of the eligible population are not being met. From 2007 to 2016, funding per eligible person decreased from $7.54 to $5.85. In 2016, Americans spent millions more on Halloween costumes for pets than on Legal Services Corporation grants.

Given that Trump has been critical of current government welfare programs, those who depend on legal aid are understandably worried. But there is a strong case to be made that legal aid aligns with the new administration’s stated priorities. Funding for legal aid is about empowering self-reliance, not fostering dependence on government. Legal aid lawyers do not tell their clients what to do or bring them under the authority of a faceless bureaucracy. Through zealous representation, clients are given the means to exercise greater control over their lives. Legal aid lawyers level the playing field. To borrow from Trump’s own rhetoric, when only the rich can afford a lawyer, the system is rigged.

The working poor who voted for Donald Trump weren’t looking for a handout — they were looking for a voice. Legal aid attorneys have been a voice for the voiceless for decades, enabling those on society’s margins to stay in their homes, with their kids, and in their jobs.

In upending the establishment, Trump voters asked for a champion. Working with Congress to maintain support for legal aid is one way for our new president to show that he was listening.

Robert K. Vischer is dean of the University of St. Thomas Law School and a member of the Legal Services Corp.’s Leaders Council.