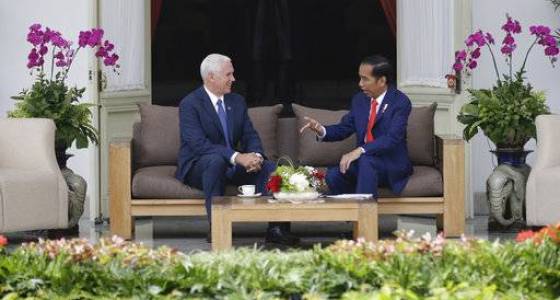 Vice President Mike Pence has reaffirmed the importance what he says is the strategic partnership between the United States and the world's most populous Muslim nation, Indonesia.

After meeting with Indonesia's President Joko "Jokowi" Widodo, he says Indonesia and the U.S. are both democracies and share the same values.

He praised Indonesia for the moderate from of Islam it practices and said the two countries would continue to cooperate on combating terrorism.

But Pence foreshadowed some reworking of the commercial and economic relationship saying that U.S. exporters should face a level playing field.