Should America spend more money on the military?

President Trump is proposing a $54 billion increase in military spending. Trump and his supporters say the 10 percent hike is necessary to bolster the military's capabilities--our forces are stretched thin and we're facing the consequences... 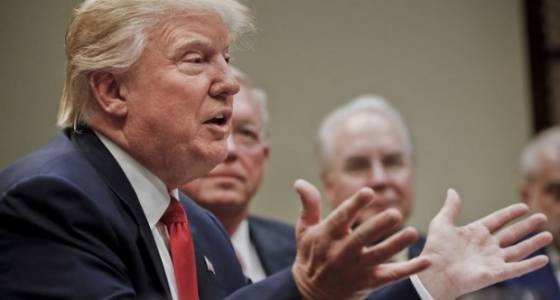 President Trump is proposing a $54 billion increase in military spending. Trump and his supporters say the 10 percent hike is necessary to bolster the military's capabilities--our forces are stretched thin and we're facing the consequences of delayed maintenance. Critics say the U.S. already spends more than a third of what the entire globe spends on defense. Instead of adding more debt, the military needs to be reformed and forced to confront hard questions. What do you think?

The U.S. currently spends more on defense than the top six countries combined.

Critics say the military's problems run deeper than money. Force is a means to an end. The U.S. military could be 10 times as powerful as it is today and it would still encounter the same problems.

Fifteen years after launching a worldwide effort to defeat and destroy terrorist organizations, the United States finds itself locked in a pathologically recursive loop; we fight to prevent attacks and defend our values, only to incite further violence against ourselves and allies while destabilizing already chaotic regions. Our forces are competent, professional, and effective. But, no matter how good our forces are, it is irrelevant for the reasons laid out by historian Williamson Murray: "No matter how effective the military institutions might be at the tactical and operational levels, if the strategy and political framework [was] flawed, the result was defeat."

The problem lies with the government and the American people. The military's transition to an all-volunteer force (AVF) changes the dynamics of how the military is used. Politicians and civilians have less to lose with an AVF and thus, are less likely to critically look at the failing policies and strategies.

In this sense the AVF short-circuited America's social contract. It freed national leadership from the grounding reality of public involvement. Today almost all Americans will say they "support the troops" and most will support increased defense budgets. But few senior officials or national leaders -- certainly not the public at large -- will even ask what, exactly, are we doing in Yemen? Moreover, is our policy of targeted killing working? Since we don't ask even the basic questions, we doom ourselves to continue policies that may not work.

The solution to our strategic malaise is not funding, equipment or technology. We need a strategy that is sustainable and realistic-- one that evaluates threats and defense needs (engagements, support to allies, etc.) against a harsh assessment of resources available.

Military leaders say 26 years of budget cuts and spending caps have hurt the military's preparedness. Years of disfunction in Congress and defense spending caps made it nearly impossible for the military to plan their finances in any real way.

The military in its current capacity is stretched thin. If full-scale war were to break out, the U.S. military would not be in a position to decisively push back against large nations like China and Russia.

He said that while the United States can deal with threats from small countries, it is not sufficiently well-equipped to fend off what he called a "high-end adversary," such as Russia or China.

The surprising state of military unreadiness >>

Trump: No more money for ILLEGALS

Also Trump: Spend the money on our military

@CLewandowski_ It is so refreshing to see @POTUS supporting and rebuilding our military. The country needs this both for defense and morale


I want a strong US military, but throwing big bags of $ at DoD b4 reforming its utterly broken acquisition & accounting systems is stupid.

Makes so much sense. As of January, 2016, the US was ONLY spending more on its military than the next 8 nations combined. We better ramp up! https://t.co/EdjFAd2h2L