WASHINGTON -- A sobering report to governors about the potential consequences of repealing the Obama-era health care law warns that federal spending cuts probably would create funding gaps for states and threaten many people with the loss of insurance coverage.... 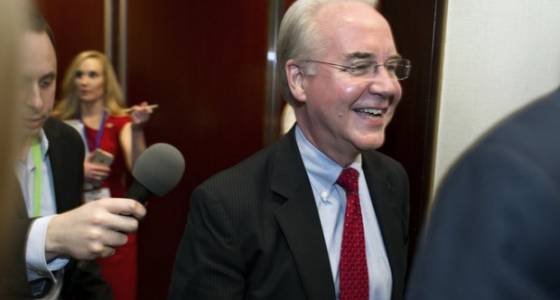 WASHINGTON -- A sobering report to governors about the potential consequences of repealing the Obama-era health care law warns that federal spending cuts probably would create funding gaps for states and threaten many people with the loss of insurance coverage.

The Affordable Care Act has two main components for expanding coverage: subsidized private health insurance available in all 50 states, and an optional Medicaid expansion that has been accepted by 31 states and the District of Columbia. Those two components of the health law cover more than 20 million people.

A report by the consulting firms Avalere Health and McKinsey & Company concluded that the changes under consideration by the GOP-led House would reduce significantly federal dollars for Medicaid and subsidized private insurance.

The effect on Medicaid would be far-reaching. The federal-state program for low-income people covers more than 70 million Americans, many of whom have high health care needs.

The Associated Press obtained a copy of a slide presentation made by the consultants to governors meeting this weekend in Washington.

The report said the combination of phasing out Medicaid expansion money from the U.S. government, plus transforming the overall program from an open-ended federal entitlement to one that operates under a cap would likely result in state funding gaps. States that expanded Medicaid would face the deepest cuts.

States would get more flexibility to design their programs, but the money crunch could lead to cuts in eligibility, benefits, or payments to hospitals and other service providers. The impact of federal spending reductions would compound over time.

Reduced Medicaid spending could also hurt states with dampened economic activity and fewer jobs, the consultants said. Hospitals, which benefit from Medicaid coverage, are big employers in local communities. Costs of care for uninsured patients could become an issue.

In addition, the private insurance subsidies provided under Obama's law would also be scaled back, according to the report.

Although states would get some additional safety-net funding, reductions in federal insurance subsidies would expose some consumers to new costs for their coverage. That would probably result in fewer people covered, as some consumers drop their plans.

According to the Kaiser Family Foundation, Medicaid consumed an average 19 percent of state budgets in 2015, the most current year available, ranging from 7 percent in Utah to 41 percent in New Hampshire.

Gov. John Kasich, R-Ohio, said he thinks "there's going to be a problem in the House of getting anything out of there that still provides coverage to people. That's why the Republicans have to reach out to some of the Democrats. I don't know whether this is going to happen," he told CBS' "Face the Nation."

With President Donald Trump set to give his first speech to Congress on Tuesday night and his words on health care to be closely watched, a White House spokeswoman said the administration's goal is ensure people do not lose their coverage and that costs are lowered.

"So we're looking at every possible way to do exactly that: repeal a terrible, failed system and replace with something better," Sarah Huckabee Sanders told ABC's "This Week."

She depicted the current system as "collapsing under itself," a view not shared by independent experts. It is widely acknowledged that affordability is a serious problem, but the system is not regarded as teetering on the edge.

Governors on Saturday met privately with Health and Human Services Secretary Tom Price, who according to several of the state leaders said the Trump administration wanted to work with states to overhaul health care, but he did not provide specifics.

A Medicaid proposal by GOP governors, a draft of which was obtained by the AP, urges Congress to change Medicaid from an open-ended federal entitlement to a program designed by each state within a financial limit.

Some of the governors behind the proposal, including Kasich, opted to expand Medicaid in their states despite pressure from conservatives.

"I think there are some very conservative Republicans in the House who are going to say just get rid of the whole thing. And that's not acceptable," he said.

He added: "Republicans can go and do what they want, and I'm going to talk to them. But at the end of the day I'm going to stand up for the people that wouldn't have the coverage if they don't get this thing right. And I happen to believe that the best way to get this right over time is for actually both parties to work together. I know that's considered an impossibility now, but what's at stake is not some political thing. What's at stake here are 20 million Americans."