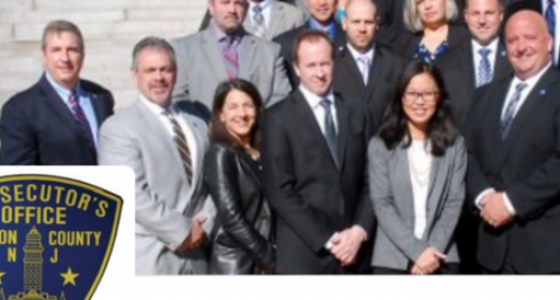 ELIZABETH -- In the ever increasing flow of information through social media age, the Union County Prosecutor's Office has started a Twitter account to send out updates.

"Transparency and accountability are two ideals I have strived to make hallmarks of my administration, and being active on social media is a great way to provide both," acting Union County Prosecutor Grace Park said in a statement Monday.

"We believe that taking this step will offer an unprecedented insider's look at who we are and what we do on behalf of the public we serve," Park said.

She said the new account, @UCPONJ, is an effort to better connect and engage with the public and news media.

In addition to press releases and public statements, emergency alerts, there will be tweets from the prosecutor's office about public speaking engagements by staff members, information about publications such as annual reports, and announcements of newly hired staff, retirements, and promotions within the office.

The account will be managed by Mark Spivey, the spokesman and director of communications, for the prosecutor's office.

Park also said her office will post basic information of investigations into "certain breaking criminal matters," even before a press release is issued with more detailed updates.

There will also be a #gettoknowUCPO, with posts highlighting individual staff members and their roles in the office.

Several other prosecutor's offices in the state already have Twitter accounts, including the offices in Atlantic, Bergen, Camden, Gloucester, Hudson, Monmouth, and Mercer counties.