Famagusta 15°
few clouds
BUSINESS EDUCATION ENTERTAINMENT HEALTH POLITICS SCIENCE SPORTS TECHNOLOGY
10:22 Four Benefits of Hiring a Dedicated Development Team
04:48 Mark Kelly, President of Safety Marking Inc., Discusses Structuring Effective...
17:58 Trump wants to play golf at the Biden swearing-in in Scotland - but is...
17:54 First doubts Regarding tightened Steps: two National Countries Extract...
10:39 Covid-19 : in France, the end of containment and entry into force of the...
04:34 The schools of Rome will use the Internet with light bulbs: what it is...
10:58 Kratom Tea: How Is It?
11:46 Office Furniture Products for you!
12:17 Top Clubs, Their Value, Revenue And Current Standings
11:14 Reasons Why Rewarding Yourself is a Good Practice
BIST
1535
GOLD
440.728
USD
7.3969
GPB
10.0877
EUR
9.0074
Breaking News
Which Cake Flavours Do Americans Like Most?
Close

No one was hurt Friday night when a Minneapolis police officer fired shots at a vehicle that police say sped toward them during a traffic stop in the East Phillips neighborhood.Police pulled over a car that had been speeding near the intersection of EM Stately... 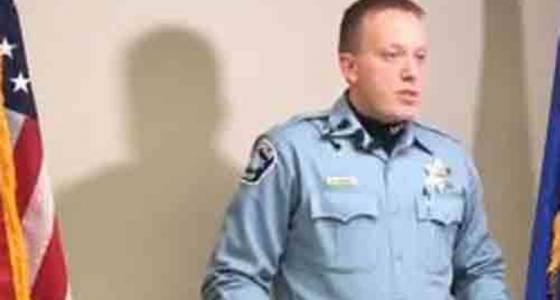 No one was hurt Friday night when a Minneapolis police officer fired shots at a vehicle that police say sped toward them during a traffic stop in the East Phillips neighborhood.

Police pulled over a car that had been speeding near the intersection of EM Stately Street and Ogema Place at about 7:30 p.m., police spokesman Corey Schmidt said. The vehicle came to a stop facing their squad car.

Two officers got out of the squad car and gave instructions to the driver, Schmidt said. The driver then sped directly toward one of the officers.

One officer fired at the vehicle, though Schmidt did not know how many rounds were fired. The driver fled the area in the vehicle and was found and arrested a few blocks away.

Neither the officers nor the driver were injured. The 26-year-old driver is expected to be charged with felony assault, Schmidt said.

Both officers involved were placed on leave, standard administrative practice. The police homicide unit is investigating the incident.

The Minneapolis Police Department’s Gang Interdiction Unit had been in the area Friday following reports of shootings and robberies, Schmidt said.