Passing on an unexpected gift

You never can know when an unexpected gift may warm your heart. Nor where a kiss blown from your hand may land. Take last year, for instance, when the morning before Valentine's Day, thermometers all over Baltimore were dropping like anchors into the Inner... 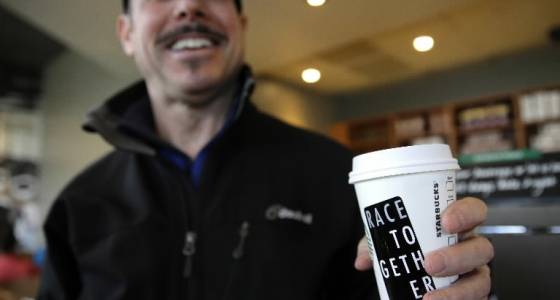 You never can know when an unexpected gift may warm your heart. Nor where a kiss blown from your hand may land. Take last year, for instance, when the morning before Valentine's Day, thermometers all over Baltimore were dropping like anchors into the Inner Harbor.

Undeterred by the cold, I bundled up and walked to my local Starbucks. Once there, however, I discovered that the gift card I'd meant to spend was lost in my wallet's black hole. But even if I'd found it, I wouldn't have been able to extract it because my 72-year-old fingers were as stiff as Edward Scissorhands'.

"Ma'am, it's OK," the barista assured me, "It's been taken care of," and she nodded toward a middle-aged woman with a radiant smile.

"Was it you?" I mouthed. The woman's smile broadened, so I blew her a kiss. And then I mouthed "I'll pass it on." And she nodded her agreement and left, leaving me with much more than a cup of coffee.

I had been feeling out of sorts because even seven years into my widowhood, Valentine's Day still rankled, yet, knowing nothing about my situation, and on a day when the very elements urged a protective, inward turn, my anonymous benefactress had chosen to look outward, to notice a stranger and extend herself. And so began my year of living alert to opportunities to pass along her generosity.

I began keeping a spare dollar in my car for people holding up battered cardboard signs along Martin Luther King Boulevard or at the corner of Coldspring and Roland avenues. And I began looking those people in the eye. And reading their signs as statements of fact: that they had lost their jobs. Or that they were homeless. Or that they were hungry.

One memorable encounter happened on a Sunday morning. I was walking to the downtown farmers' market when a young man asked me if I could spare some change. In his olive anorak, he looked almost preppy. And his thanks sounded so articulate and sincere, he could have been one of my children — or me.

Not all my random acts of kindness involved homeless people. I began tipping waiters more generously. And noticing who around me needed a hand. In the supermarket checkout line one time, I saw a new mother with a newborn in a sling across her chest, who was having difficulty unloading her groceries while protecting her baby from bumping against her cart, or worse, from tumbling in. "Here, let me do that," I told her and put her groceries on the counter. The thanks that new mother gave me was profuse, but I knew I was merely passing along the kindness a stranger had shown me months earlier.

Of course, there were times I failed. Having given away a dollar at one stoplight, I rarely gave away another at the next, although the person holding up a sign at the second light probably was just as desperate as the person at the first. And there were many times I gave away nothing at all.

In the end, I was the one rewarded. A hiking companion unexpectedly gave me a pedometer. In Silver Spring, a clerk gave me a free bagel because it was 5 o'clock closing time, and she "would just throw everything away anyhow." And, on a late summer afternoon, I was in the lobby of the local ice rink, where I had indulged in my hobby of skating. Alone except for a young girl, about 11, I was almost out the door, when she blurted. "Want a Charm?" — the child was almost levitating with joy — "Look, I found a whole pack of Charms in the machine. I'm so lucky. I can't believe it, I didn't even have to pay. Want one?"

Of course, I did.

For those of you unfamiliar with Charms, they're individually wrapped squares of pure sugar designed to cement your jaws together and send cascades of saliva down your throat. In my estimation, Charms are without any redeeming value whatsoever, unless one is given to you by a generous 11-year-old. In which case a Charm has worth beyond calculation. Mine was orange-flavored.

I think about that child and the woman in Starbucks often. In this, the winter of our discontent, their memories warm my heart. And I just had to pass that on to you.

Patricia Schultheis is the author of "Baltimore's Lexington Market" and of "St. Bart's Way," a collection of short stories set in Baltimore. Her email address is bpschult@yahoo.com.

Keywords:
Pass It On Undexpected Giving Paying It Forward
Comments