CLEVELAND, Ohio - It was one of the strangest endings in Academy Awards history. Even the greatest writers in Hollywood couldn't create this level of strange. In reading the winner for Best Picture, acting legends Faye Dunaway and Warren Beatty mistakenly... 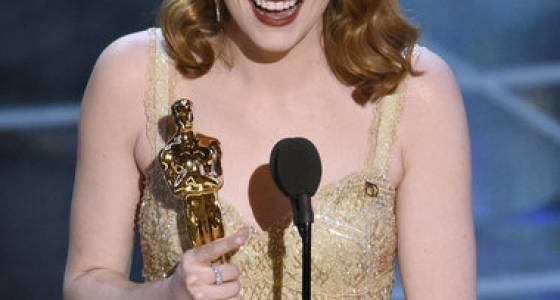 CLEVELAND, Ohio - It was one of the strangest endings in Academy Awards history. Even the greatest writers in Hollywood couldn't create this level of strange.

In reading the winner for Best Picture, acting legends Faye Dunaway and Warren Beatty mistakenly said the wrong film. Though, it didn't appear to be their fault, as they may have been handed the wrong card.

Either way, it produced a surreal moment. "La La Land's" team hit the stage to accept Best Picture and began giving celebratory speeches. However, producers rushed the stage to sort things out and announced that "Moonlight" had actually won Best Picture.

Let's relive that, shall we? #Oscars pic.twitter.com/ehkWaHH3Tq

"Moonlight" director Barry Jenkins couldn't believe his film had won. The same could be said for everyone in attendance during what has to be one of the worst mistakes in the history of awards shows. ("La La Land's" team handled it well, to their credit).

"La La Land" did have a good night, until the end anyway. The musical film won six awards, including Best Original Song ("City of Stars"), Best Director and Best Actress.

Director Damien Chazelle's lovable musical was expected to dominate. However, "La La Land" failed to take many of the technical and writing categories, paving the way for films like "Hacksaw Ridge" and "Manchester by the Sea" (Best Original Screenplay) to earn early wins.

"La La Land" was a film criticized by some for white-washing jazz as an art form. But the Oscars represented diversity very well on Sunday night.

The first two big awards of the night went to African Americans. Mahershala Ali won best Supporting Actor for his tremendous performance in "Moonlight," while Viola Davis finally got her Oscar for her captivating role in "Fences."

Davis' passionate acceptance speech was an early highlight. "I became an artist, and thank God I did, because we are the only profession that celebrates what it means to live a life," proclaimed Davis.

The two lead actor awards went to two stars delivering the best performances of their respective careers so far. Casey Affleck won Best Actor for his emotionally devastating performance in "Manchester by the Sea." Affleck truly seemed surprised to beat out the likes of Denzel Washington ("Fences") and Ryan Gosling ("La La Land").

Jimmy Kimmel proved himself a pretty good host, especially during a segment where a group of tourists entered the arena and Denzel Washington mock-married two of them. A special Oscar-themed "Mean Tweets" segment also played well.

But even Kimmel couldn't keep the show from approaching the four-hour mark thanks to special featurettes, Matt Damon jokes and song performances. He also tried, but failed to save that disaster of an ending.

There were Trump jabs, cute gimmicks and fun presenters. But the 89th Academy Awards will be remembered for a massive snafu, rather than a celebration of diversity and a brilliant film like "Moonlight" winning Best Picture.

It seems like it would be impossible for the Oscars to mess up its biggest award in such a shocking way. But yes, that actually happened.