Northwestern to fly fan who is cancer survivor to NCAA game

A longtime Northwestern University fan who beat cancer is getting his shot to watch history as the men's basketball team debuts Thursday at the NCAA tournament in Salt Lake City.After the Tribune published a story about Frank Orlandino's battle with cancer... 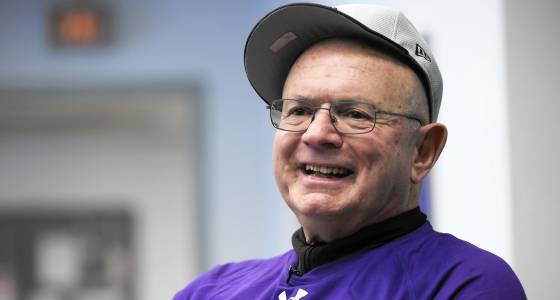 A longtime Northwestern University fan who beat cancer is getting his shot to watch history as the men's basketball team debuts Thursday at the NCAA tournament in Salt Lake City.

After the Tribune published a story about Frank Orlandino's battle with cancer and dedication to the team, Northwestern athletic director Jim Phillips called the 35-year season ticket holder and offered him a ticket. Orlandino will fly on a chartered jet with other members of the athletic staff, according to Maureen Palchak, assistant athletic director for community relations.

"Frank is a special person battling a horrible disease. We just wanted to include him on this historic journey, and hopefully allow him to take a break from his reality for a few hours," Phillips said Wednesday in a statement.

Orlandino, whose prostate cancer recently went into remission, previously told the Tribune he could not attend the game because of the expense. During his treatments, head coach Chris Collins wrote Orlandino an encouraging note to get him through hard times. Orlandino returned the note on Selection Sunday hoping it would bring the team the same strength it brought him.

Still in disbelief over the attention and recent turn of events, Orlandino said Wednesday that he needed someone to pinch him.

"(I feel) like someone the night before Christmas, that's the way my stomach feels," he said. "My stomach is doing cartwheels. It's just spinning and spinning."

His support of Northwestern stems from working construction on the campus 35 years ago. He appreciated the way his employer treated him and vowed to be a fan from then on.