CLEVELAND, Ohio -- Stars from shows and movies as diverse as "Doctor Strange," "Breaking Bad," "The Walking Dead," and "Donnie Darko" will appear in an upcoming Netflix movie directed by the man responsible for the cult classic "Snowpiercer." The... 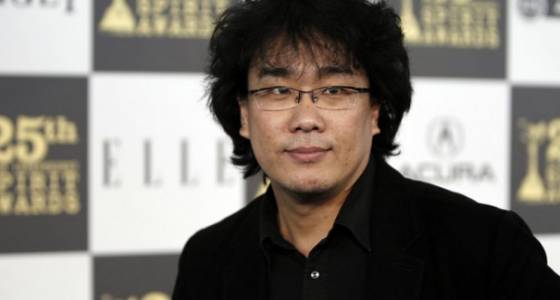 CLEVELAND, Ohio -- Stars from shows and movies as diverse as "Doctor Strange," "Breaking Bad," "The Walking Dead," and "Donnie Darko" will appear in an upcoming Netflix movie directed by the man responsible for the cult classic "Snowpiercer."

The first teaser trailer for the film -- which is titled "Okja" -- hit the internet Tuesday.

The film stars Jake Gyllenhaal, Paul Dano, Tilda Swinton, Giancarlo Esposito and Steven Yeun. The story follows its young protagonist Mija as she tries to protect her giant animal companion -- named Okja -- from a corporation trying to kidnap it.

The trailer shows only a small portion of the animal. Swinton plays the creature's apparent creator, while newcomer Ahn Seo-hyun plays Mija.

"I took nature and science, and a synthesized," Swinton's disembodied voice tells viewers at the trailer's beginning while an image of a pig flashes on a computer screen.

"Okja" director Bong Joon-Ho told nme.com that the creature is "a very shy and introverted animal. It's a unique animal that we've not seen before."

An animal rights activist named Red will team with Mija in the film, which will take place largely in Manhattan.

Those of you who attended college in the early 2000s know Gyllenhaal from his performance in the psychedelic thriller "Donnie Darko," although he's since become a star in his own right. Esposito and Yeun are veterans of "Breaking Bad" and "The Walking Dead," respectively, while Swinton is fresh off a performance as an ancient mystic in the smash hit superhero movie "Doctor Strange."

Esposito, Yeun and Gyllenhaal's parts in the movie are still not clear.

Korean director Bong Joon-Ho might not be a household name, but cinemphiles are well aware of his work.

He helmed the critically beloved monster movie "The Host" -- in which a Korean family tries to rescue a young girl from a monster -- and the 2013 cult classic "Snowpiercer" -- in which the last survivors of an environmental disaster must live on a massive train that circumnavigates the globe.

While neither achieved the financial success of today's massive blockbusters, both were widely praised.