Mayoral candidate Sal Albanese is barking mad that the city executed two hero stray dogs that foiled a mugger in Queens, saying Monday he wants to completely overhaul the flawed department that did it.The former Brooklyn lawmaker lashed out at the city’s... 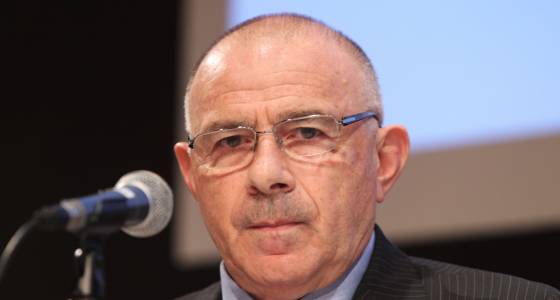 Mayoral candidate Sal Albanese is barking mad that the city executed two hero stray dogs that foiled a mugger in Queens, saying Monday he wants to completely overhaul the flawed department that did it.

The former Brooklyn lawmaker lashed out at the city’s Department of Health, which on Friday euthanized a German shepherd and a pit bull that earlier this month tackled a teenage mugger who ran off with a women’s purse in Queens.

“[I’m] outraged at over what happened to those two dogs,” Albanese said in a Facebook video posted by animal right activist Rob Becerra.

Their deaths are just one symbol of how screwed up the city’s animal welfare policies are under the Department of Health, he said.

“It crystalizes how important it is to overhaul the animal welfare situation in New York City,” he said. “We really need a major revolution in animal welfare — and we’ve got a proposal to do it.”

Albanese wants to move the city’s Animal Care Centers out of the hands of the Health Department, where animals are “really not a priority,” he blasted.

Instead, he set up a new city agency — dubbed “The Department of Animal Welfare” — dedicated to helping stray pets and wildlife, he said.

On his watch, he’d also implement a no-kill policy and open up “five state-of-the-art shelters,” modeled after the city of Austin, Texas.

“We want to be the city with the most progressive animal welfare environment,” he said. “We’ll be the model across the world because of what happens in NYC has a ripple effect.”

On Feb. 7, the canines were sent to Animal Care Centers after they chased down and mauled the 15-year-old mugger in Springfield Park.

Cops from the 105th Precinct, where the attempted mugging went down, pleaded with Animal Care and Control to help rescue the dogs. And at least one animal lover called the center and offered to adopt them.

But Animal Care and Control officials said the fate of the dogs was up to the Department of Health, which executed them Friday because staffers feared the dogs might attack someone else.

But on Friday the Department of Health said the dogs were deemed “too aggressive” for adoption. They were “humanely euthanized,” a spokesman said.