Renowned magician Daryl Easton accidentally hanged himself in a dressing room at Hollywood’s Magic Castle on Friday night — right before he was due to take the stage at the famed magicians’ clubhouse.Employees found Easton, 61, fully clothed with a... 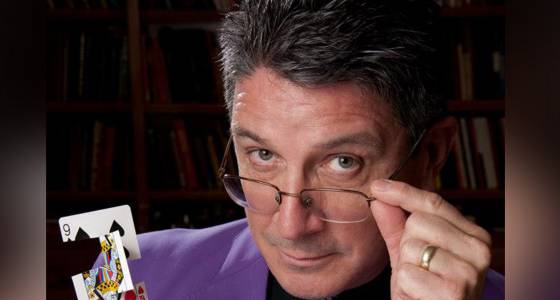 Renowned magician Daryl Easton accidentally hanged himself in a dressing room at Hollywood’s Magic Castle on Friday night — right before he was due to take the stage at the famed magicians’ clubhouse.

Employees found Easton, 61, fully clothed with a bag over his head, Reuters reported.

“Our doctor closed it as an accident,” Lieutenant David Smith of the medical examiner’s office told Reuters.

Officials declined to give any further details about the circumstances of the death or to explain the basis for it being deemed accidental.

Known for his deft, complicated card tricks and his many lectures, videos and books on magic, Easton had been a regular visitor and an award-winning performer at the club
since the 1980s.

A spokeswoman for the Academy of Magical Arts, which owns the Magic Castle, told Reuters that Easton performed close-up sleight of hand and card tricks, not illusions an assertion that seemed to rule out that he’d hanged himself while practicing an illusion gone awry.

“The magic community mourns the loss of one of our most beloved and talented performers,” the Academy of Magic Arts and the Magic Castle said in a joint statement Saturday.

Easton is survived by his wife, magician Alison Easton, and their two teenaged daughters. They lived in Auburn, Calif.

The Eastons had performed in over 250 cities, according to Daryl’s bio page on All-about-magicians.com.