It’s been a tough couple of months for the reputation of celebrated Canadian author Joseph Boyden. First his identity as an indigenous writer was called into question and, this week, the originality of one of his stories came under scrutiny. Both events... 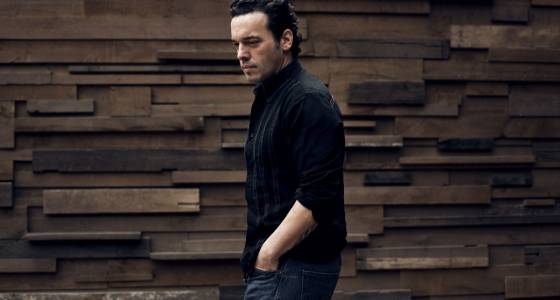 It’s been a tough couple of months for the reputation of celebrated Canadian author Joseph Boyden. First his identity as an indigenous writer was called into question and, this week, the originality of one of his stories came under scrutiny. Both events became the talk of Twitter and the book community.

“I don’t go on social media much,” Boyden said by phone from a hotel room in Kelowna, B.C. “I’m surprised about what I’ve heard . . . about people wanting to hate me.”

Both stories were broken by a reporter at the Aboriginal Peoples Television Network, Jorge Barrera. The first, which came out in December, questioned Boyden’s claim of indigenous ancestry.

The latest article alleges there were striking similarities between the author’s short story “Bearwalker” contained in his 2001 collection Born With A Tooth, and that of a story written by the late Ron Geyshick in Te Bwe Win (Truth) published in 1989 and co-authored with filmmaker Judith Doyle.

In both stories, for example, there is a protagonist who becomes ill, who locks his doors by sticking knives in the jambs, and who has visitors who wear black, and white shirts.

Doyle firmly believes similarities such as these are too close to be a coincidence.

“The form of the story, the specific aspects of the story, seemed impossible to account for in terms of a story that would be circulating around as a traditional tale,” she said.

Boyden said he first heard the story orally. “Stories will travel from community to community especially in the north. It’s an amazing way of education and entertainment.”

Doyle noted that Geyshick lived in an extremely remote community, Lac La Croix, accessible only by air. A place from which the story wouldn’t become part of the oral tradition of another area.

Besides, she said, “This wasn’t just the tale, this was the telling.”

“Xavier and I got close and he was very happy to share all kinds of stories, oftentimes with the help of translation,” including this one, said Boyden.

Xavier is now dead but his brother, Louis Bird, insists this is not a story his brother would have or could have told.

“You say that Joseph said Xavier told him about the story about the sick man and the two helpers of what, who?,” he told APTN. “That is something that is very strange for me. The kind of stories we tell has nothing to do with the Lord, helpers, black suited men with white ties, white shirt, there is no such thing that exists in our brain.”

Boyden didn’t know Geyshick and researched him only after the APTN story. “If I understand correctly he was an oral storyteller who had help writing his stories down, but these stories were being told, I assume, for a long time before,” said Boyden.

All of which might raise the notion that, in an oral culture, there would be many grey areas in terms of attributing where a story came from and who wrote it. “Nobody owns an oral story,” said Boyden.

Not so, according to many elders and scholars — there is, in fact, a long tradition of attribution.

“(W)hen retelling an indigenous oral story, there is an expectation that the storyteller will mention the person who told him or her that story, and the circumstances of the telling,” said Warren Cariou, the Canada Research Chair in Narrative, community and Indigenous Cultures at the University of Manitoba.

“In a number of indigenous oral traditions, just because you hear a story does not necessarily give you the right to retell that story. Often that right has to be earned, and it would usually be an elder who could confer the right to tell a story,” Carious said.

This is something Cree poet Gregory Scofield underscored. “Over the years I’ve argued with many about respecting these protocols, about taking this without permission from whatever community they are ‘exploring.’ My teaching, my language, and my stories are my wealth. And wealth is something that is collected and gifted over a lifetime.”

It’s in the same part of the world as a project he took part in the mid-1990s, Shabotowan, where he met Xavier Bird. He calls it a “learning lodge” and said “my favourite memories of that are wandering up dusty roads” talking and sharing stories. It’s why he actually named the protagonist in “Bearwalker” after Bird, to honour him, he said.

Storytelling is a part of the existence he said he loves. But does everything need to be attributed?

“I always give credit where credit is due,” said Boyden. “I don’t just come into a community and take and walk away.”

Is the scrutiny he’s come under — in terms of his background and his writing — fair? “No. Of course not. But that’s beyond the point, it’s happened — notice I use the past (tense) example. And it made me realize that I am really solid in my foundations, in both my birth and traditional families and I’m really solid in my communities.”

“I’ve been publishing stories for 20 plus years and no one has ever come to me and said ‘hey you took my story,’” he says. “That’s never been the case with me.”

Boyden seems somewhat taken aback that so much offence has been taken. “I must have offended some people and if could do anything differently I would try hard not to offend anyone because I am a gentle person, I am an honest person but . . . I’ll learn from it and walk a little more carefully in certain circles.”

Boyden talks about how one of the things that has kept him grounded through all of this is his love of the land and the people. He recently wrote the story of Chanie Wenjack, whose sisters have come to his support. “They said, ‘Joseph, don’t worry, you know who you are and we know who you are.’ ”

The idea of storytelling is central to identity in this story, to the culture people identify with and to their sense of worth.

In terms of Geyshick’s story, Doyle said that when she spoke to his daughters after the Boyden comparison came to light “they were very sad . . . it was like somebody had stolen a piece of him.”

She continued by saying that, without recognition of the original storyteller “you can feel really belittled by this . . . as if you’re beneath citation.”

Boyden said he won’t change the way he comes by his stories.

“The stories call me, I don’t necessarily call the stories.”