OTTAWA—Participants in government-run focus groups on immigration issues told researchers last summer that they believe it’s up to Canadians to ensure newcomers are aware of the country’s values.Those who took part in the focus groups... 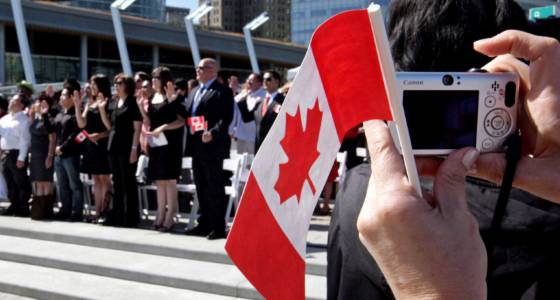 OTTAWA—Participants in government-run focus groups on immigration issues told researchers last summer that they believe it’s up to Canadians to ensure newcomers are aware of the country’s values.

Those who took part in the focus groups described those values as things like gender equality, fairness, abiding by the law and being open to difference.

The focus groups were commissioned by the federal Immigration Department last year to help guide the plan for the number of immigrants Canada would accept in 2017.

The meetings took place in five cities in July and August, well before the question of screening immigrants for “anti-Canadian values” became a subject of intense political debate.

The issue was first raised by Conservative leadership candidate Kellie Leitch in September and continues to be a dominant theme in her campaign.

The Immigration Department report on the focus groups was published online this week.