Researchers at Johns Hopkins University are working to engineer single-cell organisms that will seek out and eat bacteria that are deadly to humans.Their work combines the fields of biology and engineering in an emerging discipline known as synthetic biology.Although... 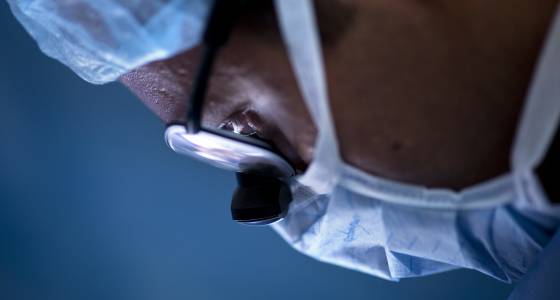 Researchers at Johns Hopkins University are working to engineer single-cell organisms that will seek out and eat bacteria that are deadly to humans.

Their work combines the fields of biology and engineering in an emerging discipline known as synthetic biology.

Although the work is still in its infancy, the researchers' engineered amoeba cells could be unleashed one day in hospitals to kill Legionella, the bacteria that cause Legionnaire's disease, a type of pneumonia; or Pseudomonas aeruginosa, a dangerous, drug-resistant bacteria associated with various infections and other life-threatening medical conditions in hospital patients.

Because amoeba are able to travel on their own over surfaces, the engineered cells also could be used to clean soil of bacterial contaminants, or even destroy microbes living on medical instruments. If the scientists are successful at making the cells perform tasks, it also could have important implications for research into cancer and other diseases.

A team at the Johns Hopkins University Whiting School of Engineering are working to engineer amoeba cells to seek out and eat deadly bacteria. (Algerina Perna/Baltimore Sun video)

A team at the Johns Hopkins University Whiting School of Engineering are working to engineer amoeba cells to seek out and eat deadly bacteria. (Algerina Perna/Baltimore Sun video)

Although the rate varies quite a bit, studies suggest the average person loses about 1% of muscle every year after about age 50, says Dr. Elena Volpi , director of the Sealy Center on Aging at the University of Texas Medical Branch in Galveston. (Feb. 23, 2017)

Although the rate varies quite a bit, studies suggest the average person loses about 1% of muscle every year after about age 50, says Dr. Elena Volpi , director of the Sealy Center on Aging at the University of Texas Medical Branch in Galveston. (Feb. 23, 2017)

The five-member team's work began in October after it received a four-year, $5.7 million federal contract from the Defense Advanced Research Projects Agency, known as DARPA.

Douglas said they want the engineered cells to respond to dangerous bacteria the way a human might respond to the smell of a freshly-baked plate of cookies — to immediately crave a cookie, walk into the kitchen and eat some.

Engineering cells to perform such tasks remains a work in progress.

"In practice it hasn't gone terribly well," said Pablo A. Iglesias, a professor of electrical and computer engineering and a member of the Hopkins team. "People manage to do things but it takes huge amounts of effort and it's more or less random. There has to be a lot of iterations before it works."

David Odde, a professor of biomedical engineering at the University of Minnesota, hailed the research as exciting, especially since antibiotic resistance is on the rise. He said the team would face many challenges.

"I think getting the cells to sense the bacteria robustly might be a challenge, and I'm sure they're aware of that," he said. "The cells have to sense something that the immune system has failed to sense."

The research could lead to new discoveries beyond what the team is focusing on, Odde said. They could learn more about how amoeba sense the bacteria and how that signals to them that they should move forward and eat, he said.

"How does the signaling inform the eating parts?" he said. "They might make new discoveries about how these cross systems talk to each other which will be really valuable for this project and many other projects."

The amoeba they are using, Dictyostelium discoideum, is commonly found in damp soil and naturally eats bacteria after sensing the biochemical scent of it. Since the amoeba eats bacteria, the researchers must program it to go after the kind of bacteria that they want it to eat, instead of other types of bacteria.

Robinson, the cell biology professor, will study how the amoeba's "legs" power movement. Peter Devreotes, another cell biology professor on the team, will study what happens in the amoeba's "brain" once it senses the bacteria nearby. Iglesias, a computational biologist, has expertise in control systems, once designing airplane controllers, and he will help design the biological controller used to steer the amoeba in the right direction.

The other two team members, Tamara O'Connor, an assistant professor in the Hopkins department of biological chemistry, and Takanari Inoue, an associate professor of cell biology, will try to ensure the amoeba go after the right bacteria and link the amoeba's "brain" and "legs."

Andre Levchenko, a professor of biomedical engineering at Yale University, said it might take a lot to "foolproof" the mechanism and that unexpected problems may arise, such as mutations in the cells.

"What would be interesting to see is how stable their new engineered organisms are. With anything that is alive and adaptable and dynamic, it's always a concern when you engineer it," Levchenko said. "I've been very impressed with this particular proposal. It's risky, but it does have a lot of elements that make me think it'll be very successful."

Dennis Discher, Director of the National Cancer Institute's Physical Sciences Oncology Center at the University of Pennsylvania, said "the time is right" for this type of research.

"It's intriguing to not just think about cells in your body, but amoeba that usually are sort of good for nothing except basic biological science and repurpose them for other uses," he said.

Robinson said it may be hard to get the amoeba to move properly toward the bacteria they want it to eat because the controller could cause it to overshoot and end up too far away.

Iglesias said that under the contract with DARPA, the team will have to meet benchmarks every six months. The first benchmark was to prove that the amoeba's controller can be inserted successfully, which Iglesias said they have done.

The task was difficult because the amoeba are the size of a micron, or about 1/10th of the width of a human hair. They can also move fairly quickly, Iglesias said.

DARPA "wants you to think big and do something big, and I think in that respect it's pretty exciting," Iglesias said.