A former data specialist at Chicago's famed Field Museum was sentenced to three years in federal prison Friday for stealing nearly $1 million from museum coffers and using it to fund a "lavish lifestyle," including luxury cars, jewelry and even... 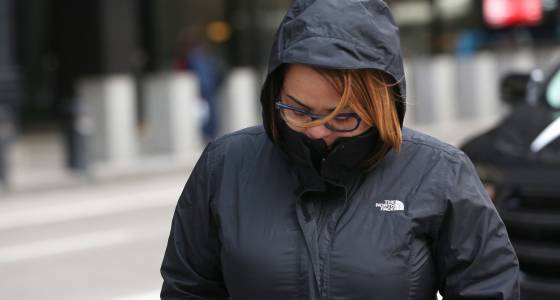 A former data specialist at Chicago's famed Field Museum was sentenced to three years in federal prison Friday for stealing nearly $1 million from museum coffers and using it to fund a "lavish lifestyle," including luxury cars, jewelry and even to pay rent for a friend's South Side apartment.

An attorney for Caryn Benson had argued for as little as one year behind bars, saying the mother of two had never been in trouble with the law before and would be paying for her crime financially and emotionally for the rest of her life.

But in handing down the sentence, U.S. District Judge Edmond Chang said that in stealing about $906,000 in membership fees and other proceeds over a six-year period, Benson abused the trust of a not-for-profit museum that could have used the money to boost the city's civic standing and add to its own scientific pursuits.

"This is an important Chicago institution," Chang said. "It makes important contributions to the city and to the world, not just through visitors but all the behind-the-scenes scientific and historical research that it performs."

Museum officials wrote in a victim-impact letter that private donations have fallen off since Benson's conduct was exposed. The museum's chief marketing officer told the Tribune in 2015 that Benson had been stealing during a time that the museum was strapped for cash and had to lay off employees as it struggled to repay debts incurred by building projects.

Before Chang announced the sentence, he called Benson up to the lectern and invited her to address the court. Dressed in a black hooded jacket and blue jeans, Benson quietly shook her head.

A former data specialist at Chicago's famed Field Museum stole nearly $1 million from museum coffers and used it to fund a "lavish lifestyle," including luxury cars, jewelry and even to pay rent for a friend's South Side apartment, federal prosecutors allege.

In asking for a sentence of about four...

A former data specialist at Chicago's famed Field Museum stole nearly $1 million from museum coffers and used it to fund a "lavish lifestyle," including luxury cars, jewelry and even to pay rent for a friend's South Side apartment, federal prosecutors allege.

In asking for a sentence of about four...

"No," Benson said in a barely audible voice.

Benson, 39, of Chicago, pleaded guilty last year to one count of embezzlement. She admitted in a plea agreement with prosecutors that she had routinely pocketed cash payments that patrons made for memberships between June 2008 and April 2014. She also admitted to keeping cash paid by patrons for drink tickets at special events at the natural history museum over that same period.

Benson admitted in her plea agreement to stealing a total of about $400,000. But prosecutors argued that an internal museum audit found the actual amount she stole was $906,000. In the six-year period that the thefts occurred, more than $550,000 passed through her checking accounts even though her salary during that time totaled only about a combined $140,000, prosecutors alleged.

She used the money to buy fancy jewelry, including a four-carat diamond Joe Rodeo watch valued at $1,500, Gucci shoes and a handbag worth more than $1,400, and a $1,500 gold chain, according to FBI reports included with the filing. She also put the money toward the purchase of a Jaguar, which she later traded in for an Infiniti QX56, records show.

One employee reported to the museum's internal investigators that she had gone on a shopping spree with Benson and saw her with "wads of 20s," prosecutors said. Benson also paid thousands in rent for a friend's apartment in the York Terrace building on South Prairie Avenue, according to prosecutors.

When she was confronted by the FBI in 2015, Benson said she had "started taking small amounts, but then she began taking more and more, to the point it eventually just got out of hand," court records show.

"She stole a lot of money that didn't belong to her and she used it to fund a lifestyle that she could not have otherwise afforded," Assistant U.S. Attorney Georgia Alexakis said in court Friday.

Benson's crimes have left a "cloud that now hangs over the museum" and affected not only donations but also employee morale and the museum's overall reputation, Alexakis said.

During the more than four-hour hearing, Benson's attorney, Anthony Sassan, argued that the government was relying on a flawed analysis in totaling the loss, at least half of which was allegedly in cash that is still unaccounted for. While Benson did purchase some items with stolen funds, records also showed her credit cards were maxed out, Sassan said. She rented her home and paid for cars on credit, not with cash, he said.

"We are talking about a half a million dollars in cash here," Sassan said. "Where is it? It doesn't add up."

Benson's thefts were discovered by the museum during a restructuring of departments and an internal review of finances. Benson was immediately fired after she admitted to the scheme in April 2014.

But the situation didn't come to light until December 2015 after the Field Museum disclosed it in a federally mandated tax report. The museum had kept quiet about the ongoing probe at the request of the FBI and U.S. attorney's office, Ray DeThorne, chief marketing officer, told the Tribune at the time.

"Yes, it's embarrassing somebody got away with it for seven years," DeThorne said. "But we've made sure it won't happen again."

Measures have since been put in place, including security cameras at cash transaction sites, to ensure something similar can not happen again, DeThorne said.

"We're pleased to have this matter resolved and behind us," a museum representative said Friday.