First pictures from Orleans & Carrollton, where at least a dozen are critical after a vehicle slammed into the Endymion crowd. pic.twitter.com/MMpiu4GyoT— Danny Monteverde (@DCMonteverde) February 26, 2017New Orleans police say the number of people... 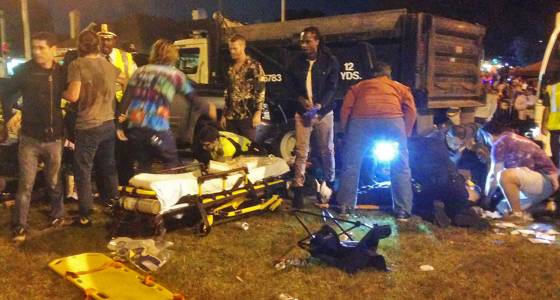 First pictures from Orleans & Carrollton, where at least a dozen are critical after a vehicle slammed into the Endymion crowd. pic.twitter.com/MMpiu4GyoT

New Orleans police say the number of people injured after a vehicle crashed into a crowd watching the Krewe of Endymion parade in the Mid-City section of New Orleans has increased to 28 and a suspect is in custody.

Police Chief Michael Harrison says one person in custody and that he is being investigated for driving while intoxicated. Harrison says police do not suspect terrorism.

Harrison says that 21 people were hospitalized after the crash with five victims in guarded condition. Seven others declined to be hospitalized.