Portland Commissioner Amanda Fritz defended spending about $40,000 to fly her staff to diversity training at an Arizona resort this week in emails sent to constituents, commissioners and The Oregonian/OregonLive. In her emails, sent Saturday, Fritz asserted... 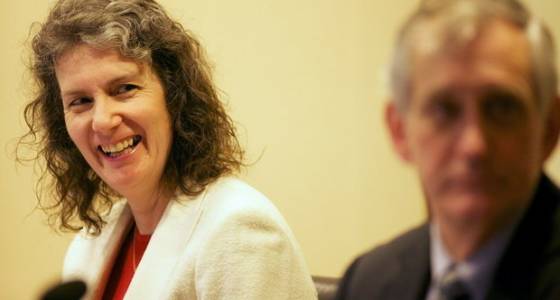 Portland Commissioner Amanda Fritz defended spending about $40,000 to fly her staff to diversity training at an Arizona resort this week in emails sent to constituents, commissioners and The Oregonian/OregonLive.

In her emails, sent Saturday, Fritz asserted that diversity training will help her staff's decisions "work for a wider range of customers," that attending the workshop is less expensive than hosting one in Portland and that she saved the city more money than all other commissioners did.

"The workshop will allow my staff and me to learn from CEOs and senior staff from across the country," Fritz wrote. "Bringing those participants to Portland would cost way more than my office's trip."

Fritz and six staffers are at a 31/2 -day-long diversity training at the Tubac Golf Resort and Spa in Tubac, Arizona, hosted by Portland-based organization White Men as Full Diversity Partners. For $4,750 per person, the program trains, houses and feeds up to 24 people per session in the resort near the Mexico border.

The diversity organization's spokesman declined to say who else is attending the program, along with Fritz and her staff.

The diversity training group's marketing director, Henry Moreno, said the group also brings workshops to organizations that can provide a space conducive to group-work. He said they host workshops in Illinois and Arizona in an effort to provide training closer to clients. The group will host workshops in Geneva, Illinois between April and September.

"Sometimes we'll just go into a client's headquarters or facilities," Moreno said. "The choice is merely logistical, by the client."

Moreno added that the Arizona program is meant to be immersive and requires participants to stay on-site so that they are isolated from their daily routines and are "better able to focus on the learning."

"We find that's conducive to getting the most out of these groups," Moreno said.

Portlanders questioned Fritz's decision to spend tens of thousands of dollars to fly her staff to Arizona for training hosted by a Portland-based company.

Fritz wrote that she paid for the training using savings from last year's general fund allocation to her office. She noted that she has not paid for any trips using taxpayers' money in the last eight years and said that she returned more money to the general fund than any other commissioner.

"Since my staff and I work harder for less money, I believe it's appropriate to dedicate a portion of the savings to professional development training that will help us to do even better," Fritz said.

Fritz also wrote that the workshop her team is attending will bring leaders from business, government and nonprofits who she argued might not go to such a session in Portland this time of year.

"That's probably why it's in Arizona rather than Portland - Oregon struggles to bring conferences to the Convention Center in February," Fritz wrote.

The convention center does a "tremendous number of regional events" in January and February, the center's interim director Matt Pizzuti said.

"It can be hit or miss a bit, but traditionally we don't have any problem filling the place up in February," Pizzuti said.

He said the center would be interested in hosting training programs, including those on equity.

"We certainly don't shy away from trying to bring in all types of business," Pizzuti said. "If it fits in our building, we'll take it."