LOS ANGELES — The Westside Jewish Community Center in Los Angeles was one of the Jewish facilities in the Southland -- and across the country -- that received a bomb threat on Monday, authorities said today.Officers searched the facility on Olympic... 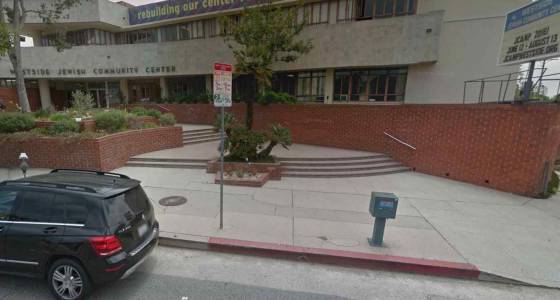 LOS ANGELES — The Westside Jewish Community Center in Los Angeles was one of the Jewish facilities in the Southland -- and across the country -- that received a bomb threat on Monday, authorities said today.

Officers searched the facility on Olympic Boulevard near Fairfax Avenue on Monday afternoon, but found no explosives, the Los Angeles Police Department reported.

“There was no evidence that it was a credible threat,” said LAPD Officer Tony Im of the Media Relations Division.

The center was among the latest Jewish facilities across the country to be targeted with an ultimately discredited bomb threat phone call.

Authorities were working to determine whether the threat was connected with one that was phoned in to a Jewish community center in Irvine, prompting the evacuation of about 1,000 people, and whether it’s connected to a wave of threats made against Jewish centers and schools across the country in recent days.