SEATTLE – Add Bill Gates to the roster of citizens concerned about the negative effects of a digital echo chamber.During his latest "ask me anything" session on Reddit, Gates was asked about the role of the internet and social media in creating the politically... 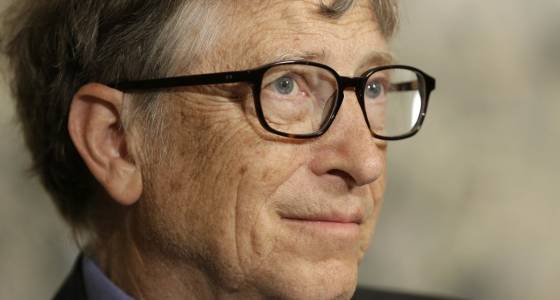 SEATTLE – Add Bill Gates to the roster of citizens concerned about the negative effects of a digital echo chamber.

During his latest "ask me anything" session on Reddit, Gates was asked about the role of the internet and social media in creating the politically divided atmosphere in the U.S., fueling the spread of false information and the creation of digital communities built around groupthink.

In response, the Microsoft co-founder conceded he may have been too optimistic about the unifying power of the web.

"I felt sure that allowing anyone to publish information and making it easy to find would enhance democracy and the overall quality of political debate," he wrote. "However the partitioning you talk about which started on cable TV and might be even stronger in the digital world is a concern. We all need to think about how to avoid this problem."

Forcing people to look at ideas they disagree with probably isn't the solution, he said. "We don't want to get to where American politics partitions people into isolated groups," Gates said. "I am interested in anyone's suggestion on how we avoid this."

The world's richest man is also concerned about social and economic isolation.

"I still wonder if digital tools can help people find opportunities to get together with others," he said.

He doesn't mean dating apps, but ways to find volunteering or social opportunities. Gates also appeared to nod to communities in which economic mobility is limited and people feel left behind by the pace of change. "It is great that kids go off and pursue opportunities, but when you get communities where the economy is weak and a lot of young people have left, then something should be done to help," Gates said.

Gates also touched on topics closer to his charitable foundation's wheelhouse, fielding questions on the limits of philanthropy, as well as health care and universal basic income. He also said he sometimes wears a hat in public to signal he's trying to be incognito. "Mostly when people do recognize me they are super nice so I don't feel it is a burden to be noticed most of the time," he said.