Having just left the White House, Barack and Michelle Obama are now set to write about their eight years in office. The former president and first lady have signed a book deal with Penguin Random House, the Associated Press reports.  After... 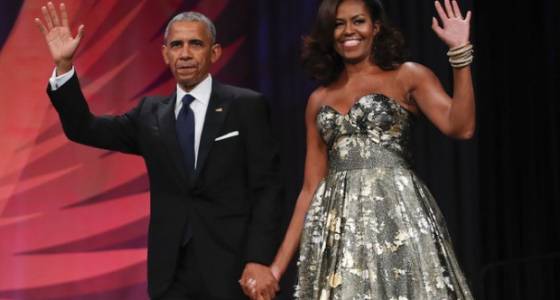 Having just left the White House, Barack and Michelle Obama are now set to write about their eight years in office. The former president and first lady have signed a book deal with Penguin Random House, the Associated Press reports.

After a reported bidding war over two forthcoming books -- one from Barack Obama and one from Michelle Obama -- Penguin Random House announced the deal on Tuesday but did not reveal the financial terms of the agreement. (Bill Clinton received $15 million for his 2004 autobiography "My Life.")

The Obamas, who according to the report will donate a portion of the books' proceeds to charity and the Obama Foundation, previously authored books published by Crown, an imprint of Penguin Random House. So far there is no information on release dates for the books.

"We are very much looking forward to working together with President and Mrs. Obama to make each of their books global publishing events of unprecedented scope and significance," said Markus Dohle, Penguin Random House CEO, in a statement.

Barack Obama's previous books, published before he took office in 2009, include the memoir "Dreams from My Father: A Story of Race and Inheritance" in 1995 and "The Audacity of Hope: Thoughts on Reclaiming the American Dream" in 2006. Michelle Obama published "American Grown," about food and gardening, in 2012.