The third suspect in the killing of 2-year-old Lavontay White Jr. and his uncle on Valentine’s Day appeared in bond court Saturday.Jeremy Ellis, 19, of the 2200 block of South Kirkland Avenue, appeared at the Leighton Criminal Court Building wearing a black... 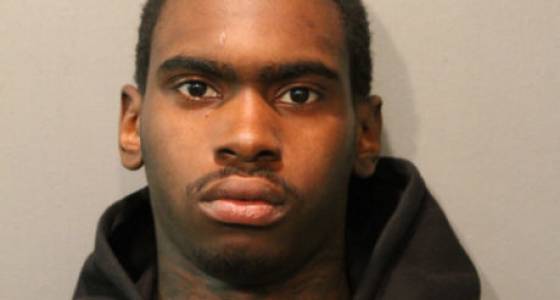 The third suspect in the killing of 2-year-old Lavontay White Jr. and his uncle on Valentine’s Day appeared in bond court Saturday.

Jeremy Ellis, 19, of the 2200 block of South Kirkland Avenue, appeared at the Leighton Criminal Court Building wearing a black AND1 jacket and bleached jeans. Judge Donald Panarese Jr. ordered him held without bail on charges of first-degree murder and attempted first degree murder.

Two-year-old Lavontay White Jr. and his uncle Lazarec Collins, 26, were killed in the West Side triple shooting that also wounded Collins’ 20-year-old pregnant girlfriend. Lavontay was one of three children shot and killed within a four-day period earlier this month and was strapped in a child safety seat in the car’s rear when he was shot.

Prosecutors said Ellis was a passenger in the blue Chevrolet Spark that co-defendant Doniel Harris, 19, had borrowed from his girlfriend after he drove her to work. Devon Swan, 26, was another passenger in the car. Both Harris and Swan were ordered held without bail last week.

Prosecutors said Swan made videotaped admissions to Chicago Police detectives that he, Harris and Ellis believed Collins was a member of the street gang responsible for Ellis’ brother’s murder and were looking to retaliate.

The shooting was captured on Facebook Live as Collins’ girlfriend, who was four months pregnant, streamed video of the three riding in a car shortly before 1:30 p.m. on Feb. 14 in an alley near the woman’s home at Ogden and Kostner avenues in the Lawndale neighborhood.

Harris drove up to the victims’ car, and he and Ellis began firing their guns. Collins’ girlfriend, who was driving, exited her car and fled into a residence as Harris and Ellis continued to shoot multiple times at Collins and Lavontay.

All three victims were transported to Stroger Hospital where Collins and Lavontay died, prosecutors said.

Surveillance video showed the blue Chevrolet Spark circling the area of the shooting and then fleeing the scene of the shooting. Witnesses also saw the car, a passenger running to the car holding a firearm, and three other occupants in the vehicle as it fled the scene. Another witness identified Ellis as someone who was riding in the blue Chevrolet Spark and being armed with a gun after the murders.

“After he was arrested, Ellis made a post-Miranda video recorded statement to members of the Chicago Police Department in which he admitted that he was armed with a gun and that he drove with his co-defendants to the alley near the 2300 block of South Kenneth to fire his gun at the car that the victims were sitting in,” said Oscar Garcia, assistant state’s attorney.

A woman with pink hair who stood during Ellis’ hearing declined to be interviewed but said Ellis was innocent.

Prosecutors said the fourth person in the car has yet to be charged. Ellis is expected to appear in court again Monday.