Galleries Videos CONTACT ADVERTISE
Famagusta 23°
clear sky
BUSINESS EDUCATION ENTERTAINMENT HEALTH POLITICS SCIENCE SPORTS TECHNOLOGY
12:08 Guide To Online Sports Betting: How To Choose A Sportsbook
08:28 What Are Some Reasons to Consult a Brain Injury Lawyer?
09:24 Blockchain Solutions for Enterprises: How To Increase Efficiency And Profitability
07:06 How To Deal With A Car Crash In New York
17:43 Tips to keep in mind while choosing the casino site
11:34 Relation Between Employee Theft and Pre-employment Screening Check
04:37 Search your own desired site to play sports for betting
18:00 Top 3 Career Path Options for Business Analysts Preview
15:35 The history of Imen Jane, who is the influencer and the charges on the...
18:48 Sebastian Vettel's Greatest Races
BIST
1124
GOLD
459.599
USD
7.6460
GPB
9.7961
EUR
8.8844
Breaking News
Top 3 Career Path Options for Business Analysts Preview
Close

“The Late Show with Stephen Colbert” extended its viewership winning streak over “The Tonight Show Starring Jimmy Fallon” for a fourth consecutive week, ratings info out Tuesday reviewed.Colbert has catapulted into the top late-night spot with his... 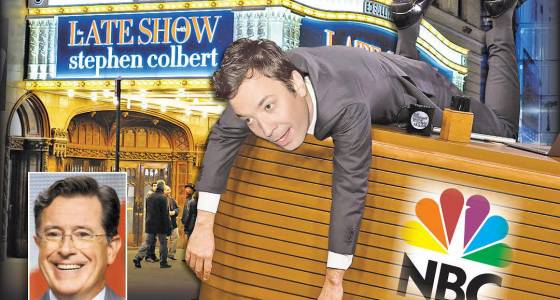 Colbert has catapulted into the top late-night spot with his relentless bashing of President Trump.

CBS host Colbert drew 180,000 more viewers than NBC’s Fallon for the week ended Feb. 24, down from a 296,000-viewer advantage the previous week, according to Nielsen.

Although Colbert attracted more viewers — up 33 percent from the same week a year ago — Fallon continued to dominate in the key demographic of viewers ages 18 to 49.

His “Tonight Show” even widened its lead last week with those viewers, to 0.15 ratings point, up from 0.13.

In the three previous weeks, Colbert’s “Late Show” had whittled down Fallon’s demographic advantage from 0.19 to 0.13.

On Monday, ABC’s “Jimmy Kimmel Live” staged a rare upset in the 11:35 p.m. time slot — winning the night’s most average viewers, 2.6 million, and the highest 18- to-49-year-old demo, 0.8 — as many viewers changed their late-night TV habit to hear what the Oscars host had to say about Sunday night’s fiasco.