Elton John contracted “a harmful and unusual” bacterial infection during his recent South American tour and, after an extended hospital stay that included two nights in intensive care, has cancelled all of his shows scheduled for April and May.“During... 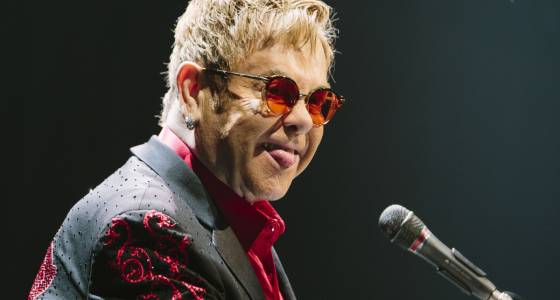 Elton John contracted “a harmful and unusual” bacterial infection during his recent South American tour and, after an extended hospital stay that included two nights in intensive care, has cancelled all of his shows scheduled for April and May.

“During his return flight home from Santiago, Chile, he became violently ill,” his reps said Monday in a statement. “Upon returning to the U.K., Elton’s doctors admitted him to hospital, where he underwent immediate treatment to remove the infection.”

John was discharged on Saturday and, on doctor’s orders, is resting at home. He’s expected to make a full recovery.

The South American portion of John’s “Wonderful Crazy Night Tour” included four dates in Brazil between March 31 and April 6, plus the April 10 gig in Chile.

“Infections of this nature are rare and potentially deadly,” the statement said.

The cancelled gigs include the entire April/May run of “The Million Dollar Piano” at Caesars Palace in Las Vegas, plus a May 6 show in Bakersfield, Calif.

“I am extremely grateful to the medical team for their excellence in looking after me so well,” the “Tiny Dancer” singer said in the Monday statement. He’s expected to resume performing on June 3 in Twickenham, England.

Concertgoers who purchased their tickets via credit card can receive a refund credited to that card; those who paid cash can request a refund at the original point of sale.