NBC's new action thriller should have been the road not 'Taken'

In the premiere of NBC's "Taken," a prequel to Liam Neeson's cinematic carnival of bone-crunching, lung-puncturing and kidney-busting, a shadowy team of elite intelligence agents entangle former Green Beret Bryan Mills in a CIA operation... 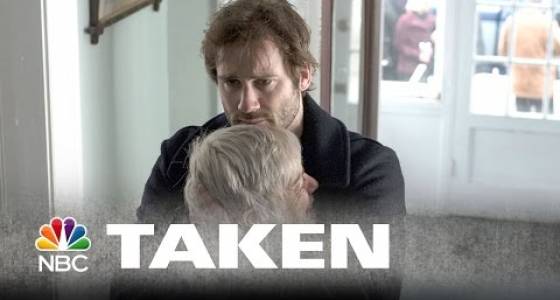 In the premiere of NBC's "Taken," a prequel to Liam Neeson's cinematic carnival of bone-crunching, lung-puncturing and kidney-busting, a shadowy team of elite intelligence agents entangle former Green Beret Bryan Mills in a CIA operation without his knowledge. One of the younger analysts wonders whether they have a moral duty to clue him in.

I feel you, sister.

Full disclosure: Famke Janssen actually plays the leader of a mercenary black-ops agency in NBC's "The Blacklist: Redemption," which premiered Thursday. Jennifer Beals plays Hart. But that's the problem. As bulletproof as the franchise may seen (although Neeson, now 64, recently dismissed plans for a "Taken 4"), the TV series is a rote procedural that dulls the film's premise further by making it an ensemble piece (the monomaniacal nature of Neeson's Mills is the point of "Taken") and has a lead actor, Clive Standen of History's "Vikings," most notable for not being Neeson. And for wearing really bad sweaters.

"Taken" is supposed to be an origin story -- but set in the present day? -- about what fuels Mills and how he developed "that particular set of skills," although the opening scene shows the man is already something of an expert as coercive chiropractic, and for those of you whose interest in TV is directly proportional to body count, you won't be disappointed.

But the only thing we learn in the early going is that Bryan Mills really, really hates it when his beautiful blonde relatives are endangered. Glad NBC cleared that up for us.