He won in the first shot, his first nomination, with "I" (Seen)"written with Diane Warren and Niccolò Agliardi, from the film "The life ahead of him" (The 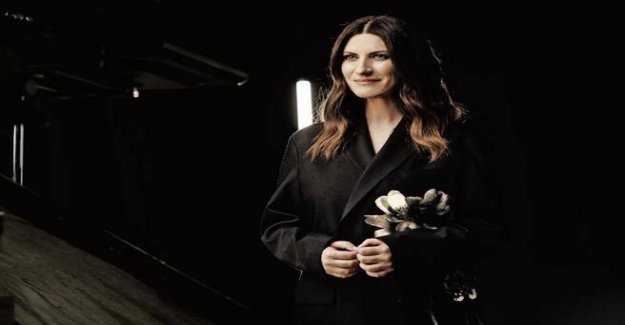 He won in the first shot, his first nomination, with "I" (Seen)"written with Diane Warren and Niccolò Agliardi, from the film "The life ahead of him" (The life ahead) by Edoardo Ponti, produced by Netflix. The first time that a song entirely sung in Italian convinces the jury of the Golden Globes.

Laura Pausini is radiant. "Receiving this honor makes me explode the heart. I have never been accustomed to receive the prizes. I don't believe ever. Amazing isn't it's to be expected! I had never even dreamed of! I present to you in places far away from my land, but always with Italy at me." During the ceremony, he thanked moved in connection tv sitting at her piano. Then he unleashed via social, happy to share with fans. With the hope to have good news on the 15th of march, when you will discover the quintet for the Oscars 2021 (scheduled for April 25th). The song is already in the shortlist in the category of Best song.

[an error occurred while processing this directive]

What does it mean in its path this award?
"I'm proud because what we are living I and the people who work with me is the result of work that we have really done with the heart. And when they told me that for the film all over the world had been selected to the Italian version was already a prize in the great. It was an honor to give voice to the character of Mama Rosa, to convey an important message of acceptance and unity."

who is it dedicated?
"To all those who want and deserve to be "seen" and this little girl, who 28 years ago won the Sanremo and you would have never expected to get this far. Italy , my family, my child, to this day I remember the joy in my eyes and that one should always believe in their dreams".

Golden Globe 2021, what happened: "Mank" defeated, Carey Mulligan empty-handed, the outsider, and Andra Day. Disappointments and surprises of the evening Prev Next Ceremony by the format of "hybrid"

"The life ahead of him", based on the novel by Romain Gary, who sees the return to the scene of Loren, who is convinced by his son Edoardo. What is Sophia for her?
"Sophia is an example. We envy in the whole world! It is an Italian who has left a mark and is loved by all. Its decisions arts have always been weighted and has always represented the figure of a woman so different and wonderful. I am happy that you have chosen me to give voice to my music to the important message of his film."

And now? New projects for the cinema?
"In these years I have had the opportunity to attend the cinema, but never a thing that involved me like this. In the past I had done One more time", the song that accompanied the films of Kevin Costner and Robin Wright, produced by David Foster. But I had only done the song... In this case I saw the movie, I participated from the beginning to the project, working alongside Diane Warren and then also with Edoardo Ponti, who did a great job helping me with all the nuances of the film."

the night of The golden Globe Awards 2021

The reports of the looks on the red carpet