nutritional Labelling evolved. So, five large, multinational consumption have defined the new system which they have designed to extend the information of their 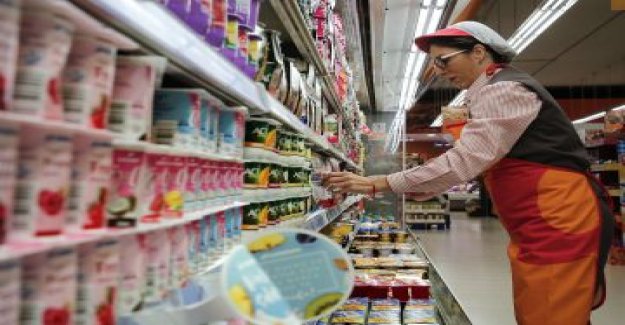 nutritional Labelling evolved. So, five large, multinational consumption have defined the new system which they have designed to extend the information of their products. Before the end of the year, this kind of traffic light nutritional will apply to some of the articles of Mondelez, Nestlé, PepsiCo, Coca-Cola and Unilever who marketed in Europe: fats, saturated fats, sugars and salts of each product will be marked with the color green, amber or red according to that your amount is low, medium or high. This method, say the companies, will allow the consumer to be more informed and aware when you choose. But not everyone thinks the same way: the consumer associations and several physicians and nutritionists consider that this scheme can induce to error, since the values are calculated on portions and not on the quantities of 100 grams.

"This system is built on top of one that already exists and is used in the EU", the daily amount recommended, has been specified Wednesday, Alberto Vega, director of institutional relations of Nestlé, during the presentation of the results of a survey on the nutritional labelling evolved (ENL, for its acronym in English) the five companies have been carried out in seven european countries between 3,500 consumers. According to their ndings, eight of every 10 respondents considered that this approach promotes the understanding of nutritional products.

The system, based on the use of codes of colors simple for the consumer to quickly understand how much fat, saturated fat, sugars and salt are foods that are going to buy, will be implemented before the end of this year only for some products in some european countries, has been assured by the director of corporate relations for Coca-Cola, Juan José Litrán. The next year, the companies involved will extend this labeling to more items and in 2020 will be given an evaluation to validate the system.

Marta Puyelo, director of institutional relations and communication of PepsiCo, has reminded us that the scheme is voluntary and open to any organization", and “complies with the EU and favours a conscious decision,” added Ana Palencia, director of corporate communications and sustainability, Unilever. Mars, which initially formed part of the group, came to consider that the solution by portions "does not have the credibility and the broad consensus needed" to make it viable.

The mess of the portions

The system has been applied to 11 categories —cereals, pastries, cheese, chocolate, ice cream, margarine, mayonnaise, salty snacks, sweets, jams and sweet biscuits— and the calculation to assign a color or other has been done in function of the portions, an element that is not defined legally. "In the absence of european harmonisation, we brought together five scientists to define, in 11 categories of products, which can be a portion," explained Vega. "The consumer does not consume 100 grams or 100 milliliters" - has underlined the director of corporate communication, Mondelez, Ricardo Hernandez.

The European Organisation of Consumers (BEUC), an umbrella association of which he is a part of the Spanish Organization of Consumers and Users (OCU), already expressed in the last year, doubts about this system of colors by the size of portions. According to the group, the rations, about which no consensus or legal definition, should not be the reference values to be not always realistic.

According to the OCU, the system can mislead the consumer, especially when it comes to smaller sizes, below 50 grams. You could, for example, the case in products such as cereal or biscuits to find more colors “green” or “amber” than it should be. Considers, furthermore, that if this light is applied to 100 grams would facilitate the comparison of products. “We do believe that the time has come to change the labeling, and we agree with the philosophy but we do not share bases. In addition, always prefer regulation to self-regulation”, explains the spokesperson of the association, Ileana Izverniceanu,

The endocrine Francisco Bottle considered that this traffic should be done for both servings for 100 grams. “I think that the more information the better, but this does not solve the problem.” Bottle, the vocal communication of the Spanish Society of Endocrinology and Nutrition (SEEN), points out that the initiative of these companies is a step forward, but you need to divert the focus towards more healthy foods and consider them as a whole. “A pear and an apple don't need no label”, ditch.