Umberto Bossi, founder of the Northern League, and away from the Italian political foreground for many years, has returned to openly challenge the current leader of the formation, Matteo Salvini. 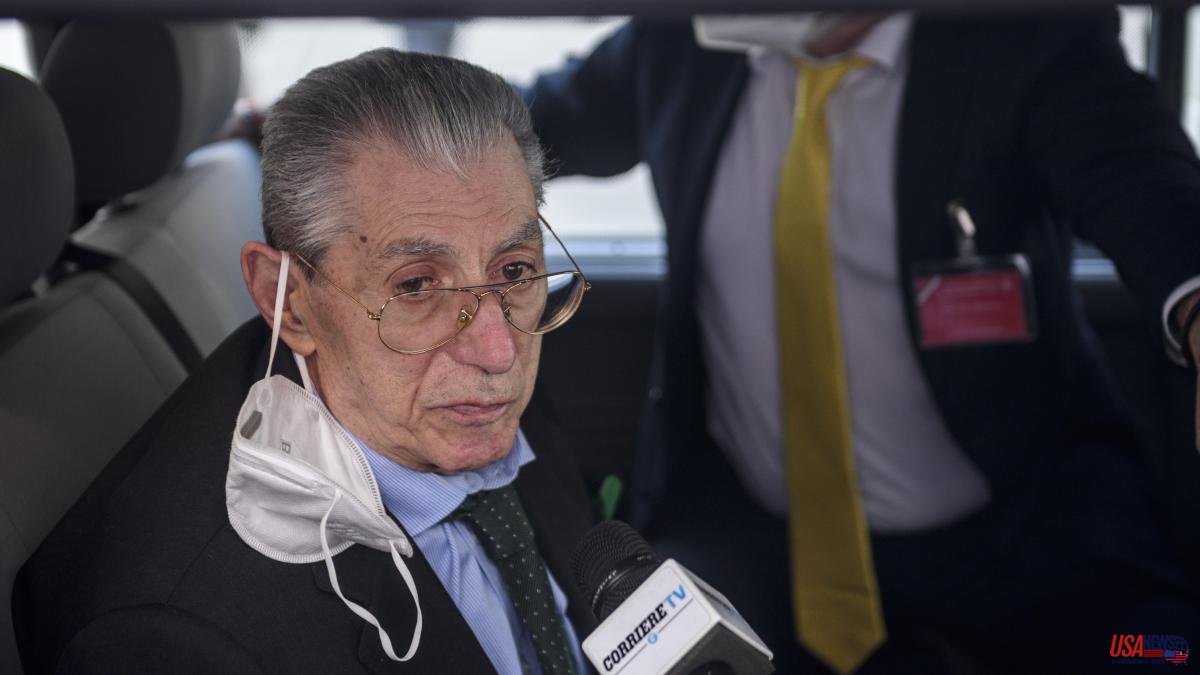 Umberto Bossi, founder of the Northern League, and away from the Italian political foreground for many years, has returned to openly challenge the current leader of the formation, Matteo Salvini. Bossi, 81, has proposed this weekend to create a "Northern current" within the League to represent those who feel that the far-right party should return to its separatist founding principles, parked since Salvini took the reins in 2013 of the formation, he changed its name to “Liga” and turned it into a populist product on a national scale.

It is not a question of a new party, but of a space within the League to "reconquer the voters of the north", explained Bossi himself. All those who want to work "with renewed enthusiasm in the conquest of the objectives that were at the base of the foundation of the League" more than thirty years ago are invited to join this "Northern Committee". This is a notable exception, since the League is a "Leninist" party in which the leader's line is not openly discussed. It was unimaginable a few months ago that there would be a revolt of this magnitude.

All this occurs in full anger by the old guard of the League for the disappointing results of Salvini in these elections, who has only achieved 8.9% of the votes compared to 26% obtained by Giorgia Meloni's Brothers of Italy (HdI). . The disaster was such that at first it was thought that Bossi would have lost his seat in Parliament for the first time in 35 years. He was not among those chosen, but finally the Ministry of the Interior recounted the ballots and assigned him a seat in the Chamber of Deputies for the Lombardy 2 regional constituency, alluding to an error in the recount that has affected some forty parliamentarians.

Bossi's outspoken defiance has quickly paid off, though already some are wondering who is really behind this move. Roberto Castelli, a former minister and a historic leader of the League, has said that he prefers 5% of the vote from the north with "precise policies" to 8% on a national scale without a clear line. Former party secretary Roberto Maroni was the first to openly say that a new leader was needed. The message for Salvini is clear: either get the next Italian government to take significant steps towards greater powers for the northern regions, or go back to square one with a new leader.

Meanwhile, Salvini continues negotiating with Meloni and Silvio Berlusconi, from Forza Italia, the power distribution of the next executive. The negotiations are progressing very slowly. While Meloni wants to include a series of technical ministers to demonstrate that he is capable of forming a team that is up to the difficult European situation, his partners do not want to be marginalized in the equation. Salvini would be insisting on being Minister of the Interior, something that the leader of HdI does not want because it could lead to a clash with Brussels. A new meeting of the League is scheduled for this Tuesday to select the list of ministers that the party wants to impose on the rest of the coalition. The decisive day will be next October 13, when the Chambers meet for the first time.