Several NGOs that help migrants have demanded that the Spanish and Moroccan authorities carry out an investigation into what happened in the jump over the fence that took place in the early hours of this Friday, June 24, in Melilla and in which, as reported in their latest updated local authorities in Morocco, up to 18 migrants died, while at least 76 migrants and 140 Moroccan policemen were injured, of which five are hospitalized in serious condition. 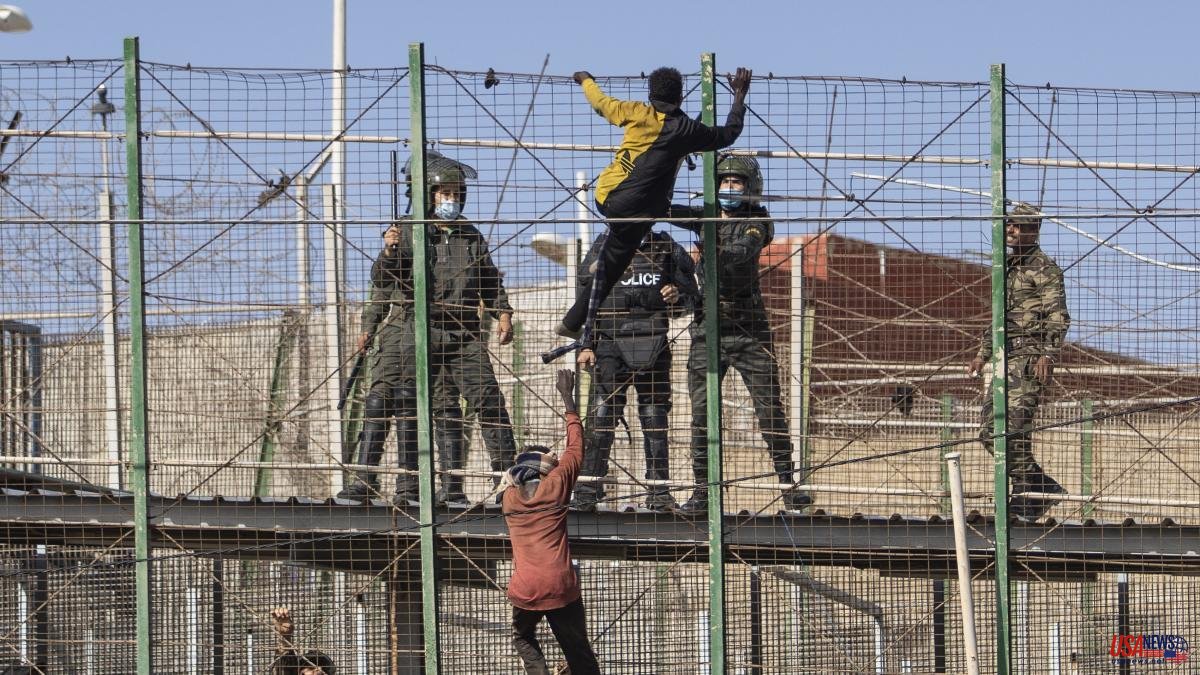 Several NGOs that help migrants have demanded that the Spanish and Moroccan authorities carry out an investigation into what happened in the jump over the fence that took place in the early hours of this Friday, June 24, in Melilla and in which, as reported in their latest updated local authorities in Morocco, up to 18 migrants died, while at least 76 migrants and 140 Moroccan policemen were injured, of which five are hospitalized in serious condition.

However, some entities, such as Caminando Fronteras, speak of a higher number. Specifically, the activist and founder of this organization, Helena Maleno, assures that the entity "can confirm 27 deceased young people." In addition, she has denounced that "the victims" of this event have "agonized for hours under the cruel gaze of those who should have helped them and did not."

Like other entities, Maleno has shared through his social networks the images of the area published by the Moroccan Association for Human Rights, in which migrants can be seen crowded on the ground and surrounded by agents.

"We warn against any attempt to order the rapid burial of the Sub-Saharan and Sudanese migrants who died yesterday without opening a global, rapid and serious investigation to determine responsibilities and shortcomings," warns this organization from the African country.

The Association for Human Rights of Andalusia (APDH) has also joined this claim, which has described what they experienced on the border with Melilla as "unbearable tragedy". "We demand an immediate investigation," they told Europa Press, before explaining that "the outsourcing of border controls makes the Spanish state co-responsible for this tragedy."

In his opinion, "any attempt to urgently bury all the deceased migrants" in this event "without carrying out an adequate and serious investigation" would be seen as an obstacle "to determining responsibility for what happened."

For his part, Maleno has directly addressed the chief executive, Pedro Sánchez, after his statements assuring that "the Moroccan gendarmerie has worked hard to try to avoid the violent assault" on the autonomous city. For the activist, the socialist leader is "accomplice" in the tragedy for "congratulating the authors of this savagery."

The president has pointed out as "responsible" for what happened on the border with the autonomous community "the mafias that traffic in human beings." He has done it during the press conference that he has granted after the extraordinary Council of Ministers that has been held this Saturday. "Yesterday, first I expressed my solidarity and vindicated the extraordinary work that the forces and bodies of the State are doing in our country, some of them civil guards who were injured as a result of the violent assault, and I also want to repeat this description, violent and organized by the mafias that traffic in human beings", pointed out the socialist leader.

"If there is a person responsible for everything that seems to have happened on the border, it is the mafias that traffic in human beings," he insisted.

The Spanish Commission for Refugee Aid (CEAR) has also lamented through a statement that the "dramatic" events that occurred yesterday demonstrate "once again" the "indiscriminate use of violence" to control borders and manage migration .

CEAR regrets that in the attempt to jump over the fence there were several serious injuries and "dozens of deaths", among which it assures that there were many people from Sudan, a country suffering from an armed conflict, and who were " has prevented" legal and safe access to the office set up in Melilla to request asylum. The director of the NGO, Estrella Galán, describes as a "fallacy" of "hypocrisy" that Spain has that office "to cover the file", without people of sub-Saharan origin having access.

"This demonstrates once again the indiscriminate use of violence to manage migration and control borders, and thus prevent people who could be eligible for international protection from reaching Spanish territory," says Galán.

In his opinion, this is the "cost" of the "externalization" of borders and "of putting in the hands of a country that does not respect human rights like Morocco the responsibility of controlling them."

From Solidary Wheels they consider that, this Friday, the security forces and bodies of Morocco and Spain "have exercised one of the greatest episodes of police violence experienced in recent times in Melilla" and, therefore, they also call to "clarify the facts ".

In the same way, they demand legal and safe ways for people who seek to migrate from their countries and reach Europe and ask that those who did manage to cross the border in the autonomous city "not be returned".