Dubai: Motorists on Monday morning were faced once again with gridlocked traffic following a night of chaos on Dubai’s roads.Although rainfall was nowhere in sight, commuters driving along highways and main roads continued to face heavy traffic due to thick... 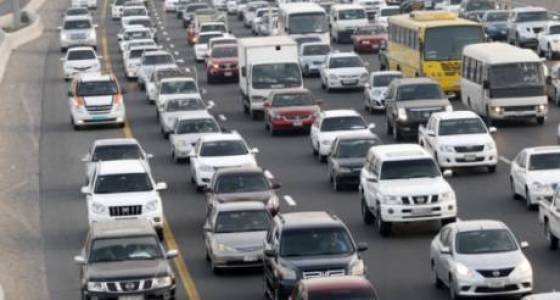 Dubai: Motorists on Monday morning were faced once again with gridlocked traffic following a night of chaos on Dubai’s roads.

Although rainfall was nowhere in sight, commuters driving along highways and main roads continued to face heavy traffic due to thick fog that fell across the UAE at around 5am.

Bottleneck traffic was reported after an accident was reported at Shaikh Rashid Road in the direction towards Dubai, which further delayed commuters driving on Al Ittihad Road.

The city of Sharjah was also at a standstill as every main road leading to Dubai had cars driving at a snail-pace, including Emirates Road, and the roads passing through University City, Al Taawun and the industrial areas.Schools unaffected

Schools in Dubai were not affected by Sunday’s storm and remained open as usual.

The Knowledge and Human Development took to Twitter to reassure worried parents that schools will be open on Monday.

It said: "Thanks for your messages - schools are open as per usual tomorrow.”

Thanks for your messages - schools are open as per usual tomorrow.— KHDA (@KHDA) February 26, 2017

Thanks for your messages - schools are open as per usual tomorrow.— KHDA (@KHDA) February 26, 2017

The National Centre for Meteorology and Seismology (NCMS) on Monday said that there was a slight chance of rain to hit the northern and eastern areas in the early morning, with patches of fog reducing visibility to less than 100 metres, especially in Abu Dhabi city and the Abu Dhabi-Dubai highway.

Humidity is expected to rise at night and into Tuesday early morning, with fog and mist expected to continue until Wednesday.WATCH: Birds enjoy the rain in Business Bay

After Sunday night’s rainfall, the NCMS recorded that until midnight, the most rainfall was at Al Faqa, near Al Ain, at 34mm, followed by 29.4mm in Maleiha and 27.8 in Suweihan. Al Maktoum International saw 15mm of rain, while the city of Dubai had 8.2mm.