Speaking at the annual Conservative Political Action Conference at National Harbor in Maryland on Friday, President Donald Trump told a story of a friend named "Jim" who was apparently too scared to return to Paris, despite his long tradition of... 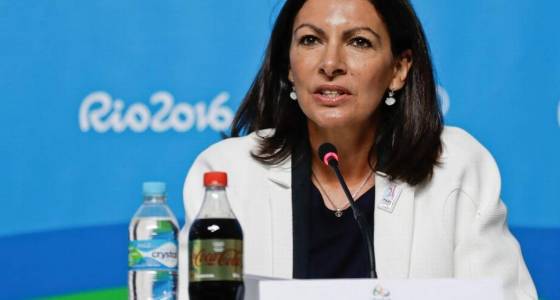 Speaking at the annual Conservative Political Action Conference at National Harbor in Maryland on Friday, President Donald Trump told a story of a friend named "Jim" who was apparently too scared to return to Paris, despite his long tradition of visiting the French capital.

The comments appeared to be the latest broadside from the U.S. president toward European immigration policies. Last weekend, he had repeatedly referred to apparent problems in Sweden -- prompting a confused and at-times angry response from Swedes themselves, who said he was misrepresenting the issue.

Shortly after Trump made his comments about Paris at CPAC, Parisian Mayor Anne Hidalgo released a number of tweets that pushed back upon the depiction of the French capital. Addressing both Trump and Jim, she cited figures that showed that in the first period of 2017, U.S. tourist visits to Paris were up 30 percent over last year.

In a subsequent tweet directed toward Trump and Jim, Hidalgo posed with Mickey Mouse and Minnie Mouse characters from Disneyland Paris. The Parisian mayor had been attending an event at the Eiffel Tower on Friday to launch a tourism campaign.

Paris has been the site of a number of terrorist attacks over the past few years, including a series of attacks across the city in November 2015 that left 130 victims dead. Trump has frequently referred to these attacks, and the White House included several on a list of "underreported" terrorist attacks released this month.

Trump had told the audience at CPAC on Friday that his friend Jim, "a very, very substantial guy," had told him he had not been back to Paris for the past four or five years, because "Paris is no longer Paris," according to Trump's retelling.

"He wouldn't miss it for anything," Trump said of his friend, whose full identity is not clear. "Now he doesn't even think in terms of going there."

Hidalgo has been mayor of Paris since April 2014. Last May, she had offered an even more candid perspective on Trump's views.

"Mr. Trump is so stupid, my God," she had said while speaking to reporters with London Mayor Sadiq Khan.