When John and Kim Lloyd bought a market in Healdsburg a quarter-century ago, the farm town reminded John of a small Orange County community he’d lived in as a boy.And the grocery business was known for such small margins that it used to be called “penny... 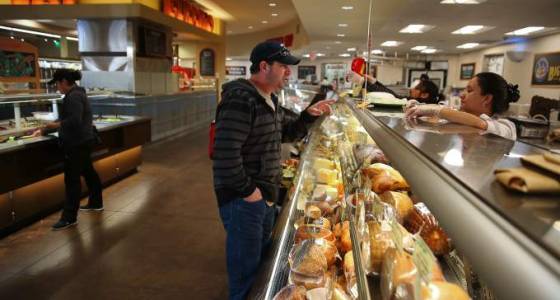 When John and Kim Lloyd bought a market in Healdsburg a quarter-century ago, the farm town reminded John of a small Orange County community he’d lived in as a boy.

And the grocery business was known for such small margins that it used to be called “penny profit,” he said.

“Healdsburg today is not what it was,” said John Lloyd. “We’re beyond gentrified.” Bay Area communities like San Francisco have undergone gentrification, he said, but “Healdsburg’s got them beat by 120 percent.”

Sonoma County’s grocery business has witnessed a number of developments in the last year, including the doubling of the floor space at Big John’s Market. Cotati- based Oliver’s Markets, a pioneer in highlighting natural and local products, opened a new store in Windsor that includes its own tavern.

Over the decades, residents here have shown they care where they shop for food, said Robert Eyler, Sonoma State University economist.

Over the years the grocery business increasingly has provided a wide range of prepared foods that once might have been purchased in restaurants or other eateries. The offerings include salad bars, fresh soups and a range of hot food items.

The grocers have combined food manufacturing with retail, and have found busy consumers will pay for such convenience.

“Now that you provide both, people can shop in the same place.” said Eyler, who has studied for Oliver’s Markets the economic impacts of buying local products.

The rise of prepared fresh and hot foods is just one significant change that retail research company IRI identified in a presentation to grocery store executives this winter at a national conference in Scottsdale, Arizona. Other trends include growth in fresh fruit and vegetable consumption by consumers seeking healthier lifestyles and the strong interest of shoppers in buying local products.

Also there is the rise in demand for “non-GMO,” “cage free,” sustainable and other specialty products that reflect shoppers’ social values. Food makers seek to distinguish these products from conventional items based upon how the food was produced, on the welfare of animals or on some other impact to a community. 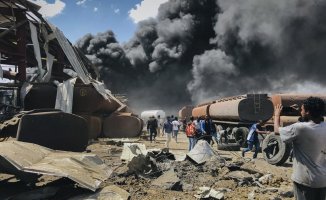 UN Flight to Tigray is forced by Ethiopian Airstrikes