The Navy has punished the SEALs unit caught on video flying a campaign flag for President Donald Trump on military vehicles near Louisville, Kentucky, in late January, a spokeswoman said Tuesday.The exact number of people punished was not released, nor were... 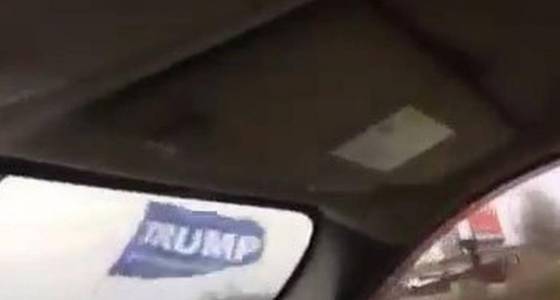 The Navy has punished the SEALs unit caught on video flying a campaign flag for President Donald Trump on military vehicles near Louisville, Kentucky, in late January, a spokeswoman said Tuesday.

The exact number of people punished was not released, nor were the details, said Lt. Jacqui Maxwell of the Naval Special Warfare Group 2 in Virginia Beach, Va.

“The inquiry was completed between the unit’s commanders and service members. It has been determined that those service members have violated the spirit and intent of applicable DoD regulations concerning the flying of flags and the apparent endorsement of political activities,” Maxwell said in a statement. “Administrative corrective measures were taken with each individual based on their respective responsibility.”

The group of eight tan Humvees were spotted traveling north on Interstate 65 on Jan. 29. The lead Humvee was flying a blue Trump campaign flag.

The Department of Defense (DoD) initially told the Herald-Leader that the vehicles didn’t belong to an active military unit. That proved untrue after the Navy confirmed that the vehicles belonged to an East Coast Navy SEALs unit training at Fort Knox.

The video of the vehicles drew considerable criticism on social media because of longstanding DoD policy prohibiting personnel from engaging in political activity.