David Stare, founder of Dry Creek Vineyards 45 years ago, is an avowed lover of sauvignon blanc, a grape variety he has long supported with exemplary attention to varietal and regional perfection.As such, his fume blancs always reflect as much of the sauvignon... 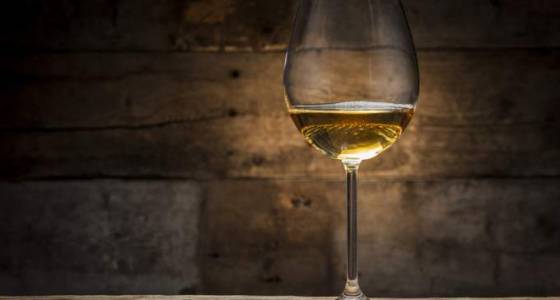 David Stare, founder of Dry Creek Vineyards 45 years ago, is an avowed lover of sauvignon blanc, a grape variety he has long supported with exemplary attention to varietal and regional perfection.

As such, his fume blancs always reflect as much of the sauvignon blanc grape’s personality that relates to the Dry Creek Valley, a superb region for that variety.

That means that the wines usually carry traces of the Loire Valley, one of its most perfect locales, as well as even bits of what once was classic white Bordeaux.

Two decades ago, Stare became fascinated with how this grape variety seems to transmogrify in the bottle, so much so that he staged a small, in-house tasting of all the sauvignon blancs he had ever made.

Tasting through the wines was quite a revelation.

Not only were some of the most interesting wines from vintages that might be considered poor for other grape varieties, but what we ended up with in a few of the wines was so far different from anything we could have anticipated.

A few wines (such as his remarkable 1977 Dry Creek Fumé Blanc) were exotic. The 1977 displayed a character of cilantro, tomatillo, and fresh asparagus! The fruit that remained was so succulent that we soon abandoned the tasting, grabbed the bottle and went out for Mexican food to pair with it!

Numerous other Dry Creek sauvignon blancs at that tasting also displayed interesting if not odd aromatic and taste characteristics, which only energized my belief that demand by the public for young white wines that are “fresh and fruity” ignores one fascinating aspect of white wines that demand more attention: Careful aging.

Not many people are aging their red wines any more since instant likability seems all the rage. So for me to suggest that people actually age white wines, a routine fraught with peril, seems like folly.

But the concept of holding white wines in a cellar for a year or several years has a long and proud tradition that dates back hundreds of years and is still widely practiced by those who buy white Burgundy, the best of which are ideally consumed only after several years in the bottle.

That tradition includes literally decades for some wines, such as Hunter Valley (Australia) Semillon, many forms of both sweet and dry Riesling, and even a few California chardonnays, such as Stony Hill (Napa Valley).

Soon after the Dry Creek tasting, I began to haphazardly test the theory that older sauvignon blanc can age well if it has proper storage (very cool) and was made with good acidity.

I began by buying examples that I believed had been made with the proper structure and leaving them for various lengths of time in our cellar.

Almost every wine lasted not only with charm, but delivered unexpected surprises that I would never have experienced in a young wine.

On one occasion, around 2000, Windsor-based winemaker Carol Shelton was clearing out a portion of her cellar and invited a few people over to open various bottles. Of roughly three dozen wines, mostly reds, the one wine that held up best was a 1973 Simi Sauvignon Blanc!