Grace Luczak had quit competitive rowing to take a job at the private sector, but a shift toward gender equality at the Tokyo Games drew her back to a boat. 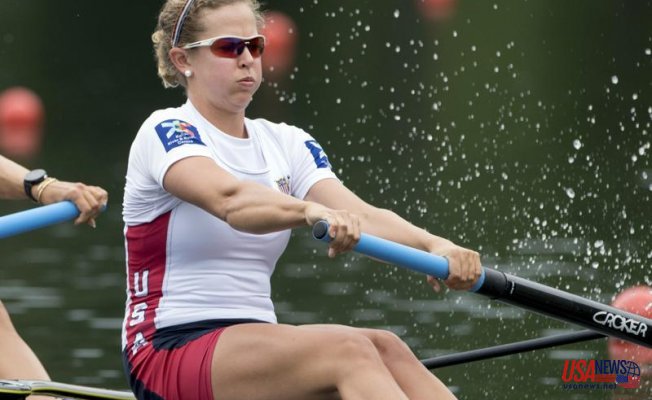 To make the Olympics more inclusive, a women's rowing event was created. This meant that four additional U.S. seats were available and Luczak could compete in it.

Luczak stated that it was difficult to decide to return, and to budget financially for being out of work for a year. Before the addition of seats, she believed that a second consecutive Games was impossible for veterans.

"There are four additional seats. Four. It's also the first Olympics with equal gender representation. "How can you resist?"

While the major sports of public attention are the most prominent -- track and field, gymnastics and swimming -- women from niche sports are getting more attention and being given the chance to compete in the Olympics.

In a push for gender equality, the International Olympic Committee added 18 events to Tokyo Games. Because of the different roster sizes, there are equal numbers of men and women in every sport. Softball and baseball are not included.

According to the IOC, Tokyo's women's participation will be 49%. This is up from Rio's 45%. It is almost equal with men. The IOC also pointed out that only 22 of the 997 athletes who made their Olympic debut in 1900 at Paris Games had been females. These pioneers competed in five sports, including croquet and horseback riding.

The IOC stated that Tokyo 2020 will be the most gender-equal city yet, with more female participation.

In many cases, there were fewer chances for men because of the gains for women. 100 women will be boxing in five classes. This is an increase of 36 fighters in the three classes in Rio. Two men's classes were also dropped.

This year, weightlifting has seven equal teams for men and women. However, a team of men dropped from the list to make it equal. The addition of women's canoeing and the removal of the men's double 200 and men's 200 kayaks were met with negative reactions from male athletes.

Many sports saw changes, but rifle was the most affected. Men's prone rifle, men’s free pistol, and men’s double trap were all lost. These events have been replaced by mixed team events in trap, pistol, and air rifle.

Luczak, 32 years old, is aware that she was able to benefit at the expense her male teammates. The competition's first return of the women's coxless quartet since 1992 is now, but it will replace the men's lightweight coxless 4.

It's not good when you have to take away something from the men's side in order to make it work for the women. It's not fun to see people lose their opportunities," Luczak stated. It shows that there are pathways for female athletes by creating equal opportunities.

Luczak moved in with a host family in Princeton while she was training. She left her fiance at home. Because the four extra seats seemed too tempting, she traded her paycheck for a stipend.

Many women felt that closing the gender gap was an important issue. The inequality issues were magnified when discrepancies between men and women were revealed at the NCAA basketball tournament. Social media images of women's underequipped weight rooms became the symbol of the injustices female athletes have endured.

Steffens stated, "The women's basketball team is in the tournament, and they have all these supporters, they're on television, and you think, 'Look at how lucky they are.'" But the real story is that they are just as successful as you.

It was possible for people to see the event from athletes' perspectives, and for what they don't see to be visible. Maybe it proved that women can do it. We don't really care about the fancy stuff. It won't matter to us.

Some additions were not detrimental to men's sport. The 1,500-meter freestyle swimming for women was added to the competition, while the 800 freestyle for men was brought back into competition for the first times since 1904. Olympic debut for mixed gender relay.

It is still difficult to close the gaps, especially in terms of funding and prize money. Steffens saw the culmination of a long-running push for equal pay at a particular tournament. posted a photo titled #equalpay. Maureen O'Toole, pioneer women's waterpolo player, commented: "Wait! You get paid! It must be great! " on the social media post.

Steffens stated, "It made my think, who in twenty years will I comment on and say, "Look at what's getting now?" It's amazing to see that the doorway is open, and little girls with dreams as mine can step on my shoulders and go further and better.