Portland native Peter Jacobsen has been named the 2017 recipient of the Ambassador of Golf Award. The honor is given annually by the Northern Ohio Golf Charities to recognize an individual who "has fostered the ideals of the game on an international level... 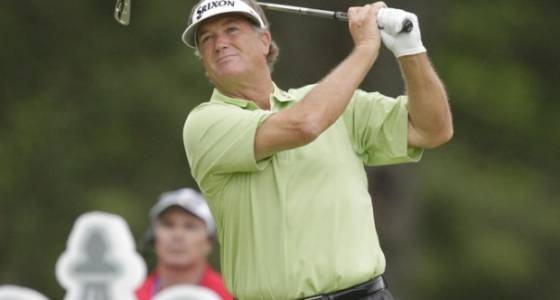 Portland native Peter Jacobsen has been named the 2017 recipient of the Ambassador of Golf Award.

The honor is given annually by the Northern Ohio Golf Charities to recognize an individual who "has fostered the ideals of the game on an international level and whose concern for others extends beyond the golf course."

"Looking at the long list of golf's greats that have achieved this award is humbling and I'm thrilled to be selected to join them," Jacobsen said in release from the PGA Tour.

Jacobsen, 62, is a graduate of Portland's Lincoln High School and the University of Oregon who has gone on to win seven times on the PGA Tour, and twice on the PGA Tour Champions, both in major championships.

As a promoter, he brought several significant golf events to his home state including the popular Fred Meyer Challenge, which lured many of the game's biggest stars to Oregon for a two-day team competition, and the Jeld-Wen Tradition, a major on the what was then call the Champions Tour.

Jacobsen has also worked as a TV commentator, for ABC and NBC, and has had two shows on the Golf Channel. He has teamed with Jim Hardy to design 10 golf courses, including Stone Creek Golf Club in Oregon City, and has written two books on golf.

The tour's release says Jacobsen and his company have raised more than $40 million for nonprofits around the country, listing such beneficiaries as Devin's Destiny, The First Tee, Folds of Honor, Juvenile Diabetes Research Foundation, Lines for Life, Cascade AIDS Project, Randall Children's Hospital at Legacy Emanuel and Wounded Warrior Project.

"Peter has been an incredible ambassador of the game, and has set an example both inside and outside the ropes," PGA Tour commissioner Jay Monahan said in the release. "We couldn't think of a better recipient this year as someone whose love of the game and acts off the course embody the Ambassador of Golf Award. We're proud to honor him at the Bridgestone Invitational this year and beyond."