Pierce, Green trade barbs during and after heated Thursday game 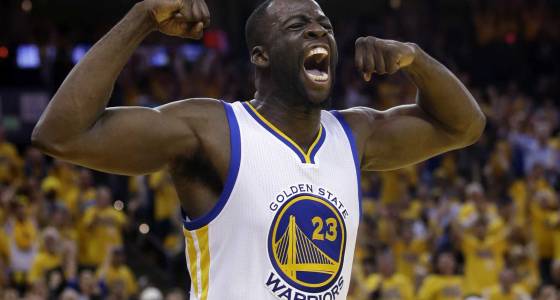 It's clear that the Los Angeles Clippers and Golden State Warriors don't like each other in one of the NBA's most notable feuds.

The rivalry percolated a little more Thursday night after the Warriors' 123-113 victory in Oakland, hanging 50 points on their downstate rivals in the third quarter alone for good measure.

It prompted some trash talking from Golden State forward Draymond Green to Clippers forward Paul Pierce during the game.

Pierce, 39, is finishing up the 19th season of what should be a Hall of Fame career.

But it still doesn't get any -- and we mean any -- respect from the noted trash-talker Green.

During the first quarter of Thursday's game while waiting for a free throw, Green could be heard clowning Pierce about going on a farewell tour before his retirement.

It's hard to understand, but Green can be heard saying to Pierce: "Chasing that farewell tour. They don't love you like that ... You thought you was Kobe."

Those stinging words apparently caught Pierce's attention after the game.

He fired back on social media with a tweet that ripped the Warriors for choking away a 3-1 series lead in their NBA Finals loss last season against Cleveland.

Green was one of the major culprits after sitting out a potential chance for the Warriors to clinch the series in Game 5 at home because of a suspension.

If there's any justice these teams will meet for what would undoubtedly be a bitter, heated playoff series.