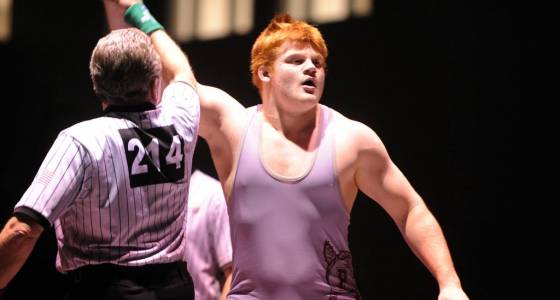 Phillipsburg is sending five wrestlers to the NJSIAA Championships next week in Atlantic City with their Region 3 performances on Saturday at West Orange High School.

Hackettstown has two wrestlers going to states as juniors Alex Carida (138) and Joe Andes (285) are both in Saturday's finals.

Belvidere sophomore Quinn Melofchik also qualified for states. He took third place at 106 pounds with a 3-1 decision over Queen of Peace's Will Grater.

Melise, Day and Meyer will wrestle for regional titles on Saturday. Harrison took third place at 126 with an 8-2 decision over Sebastian Cornejo of Morris Catholic. Jones took fourth at 113, clinching a state berth with a 9-4 win over Anthony Petrillo of Livingston in the 113 consolation semifinals.

Ostir is wrestling in the regional final on Saturday. Valli won a 3-1 decision over Frank Gabriele of Verona to take 3rd place at 132. Wade Taylor finished third at 152, securing a state berth with an injury default victory over Delbarton's Vincent Andreano in the consolation semifinals.