Darrelle Revis' storied run with the Jets may have written its final chapter.  On Tuesday, the Jets released the future Hall-of-Fame cornerback. The move frees $9 million in salary cap space. If Revis signs with another team, his new salary... 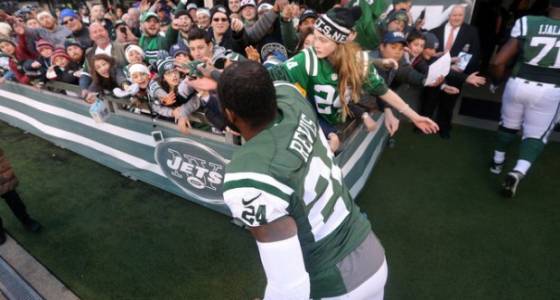 Darrelle Revis' storied run with the Jets may have written its final chapter.

On Tuesday, the Jets released the future Hall-of-Fame cornerback. The move frees $9 million in salary cap space. If Revis signs with another team, his new salary will alleviate a portion of his $6 million dead money.

Revis, who will turn 32 in July, was undoubtedly the NFL's best cornerback for nearly a decade. In his first nine seasons, he earned seven Pro Bowl honors. But, as is the case with every athlete, Father Time eventually caught up.

In 2016, Revis was a shade of his former self. He struggled mightily in coverage, intercepted just one pass, defended five, appeared to shy away from contact and finished with the lowest PFF grade of his career (72.1).

Quarterbacks didn't fear Revis anymore. They targeted him. And he seemed well aware his skills were declining.

As Revis' on-field struggles wore on, he told a reporter his body was "breaking down," and other he was "old." He openly talked about converting to safety to prolong his career.

Revis even brought those discussions to Todd Bowles. Although the coach didn't seem as sold on the switch as Revis.

"It's impossible to say right now [if Revis can play safety]," Bowles said a day after the Jets' 5-11 season came to an end. "There's a lot of pros and cons that go with that.

Revis was involved in an alleged street fight. Additional details can be found here.

The Jets drafted Revis in the first round in 2007. He spent the first six years of his career in Florham Park before ex-general manager John Idzik traded him to the Bucs. Revis played one year for Tampa Bay, signed with the Patriots in 2014, won a Super Bowl, then came back to the Jets in 2015.

With Revis gone, the Jets' secondary figures to look awfully different. WRITE HERE ABOUT WHICH JETS ARE BACK.