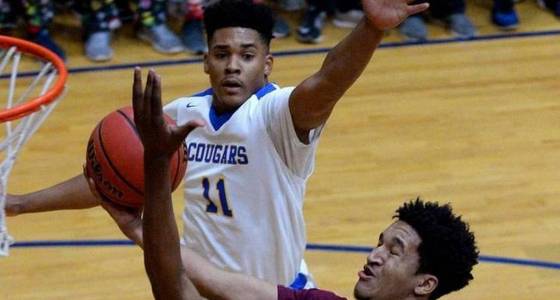 The camp attracted more than 50 underclassmen and 19 seniors. Camp evaluators Chris Hemphill and Deana King released their list of the top five performers at camp:

Camp MVP, Myles Pierre, Carmel Christian, 6-2, 2019: Pierre scored 19 points in the Underclassmen All-Star gain to garner the honors. "Myles Pierre was a fierce competitor and played hard on every play,” said analyst Deana King of NC Preps. “He could get to the rim at any time and finish.”

Pierre picked up his fourth scholarship offer from Charlotte a few days after the camp.

"Donavon Greene is going to be special at what ever he decides to do,” King said. “He is a freakish athlete that excels on the football field as well. He uses his quickness and outstanding jumping ability for rebounds and blocks. Donavon had one of the best blocks in the camp during the All-Star game.”

Top Passer, Daivien Williamson, Winston-Salem Prep, 6-1, 2018: "Daivien distributed the ball and found open teammates all during the camp,” King said. “He comes from a great program that stresses team-play and unselfishness," said Deana King of NCPreps.com.

Top Unsigned Senior, Jaylen McGill, Olympic, 6-3, 2017: McGill scored 12 points in leading the Green Team to a 68-64 win in the Unsigned Senior Game. "Jaylen is a hard worker and fierce competitor,” King said. “He can do it all for a guard...shoot, pass, penetrate, and play defense.”

Top Unsigned Senior, Quay Kimble, Shelby, 5-11, 2017: Kimble scored a game-high 15 points including two 3-pointers for the White Team in the unsigned senior game. "Quay is a great shooter and has plenty of range on his shots,” King said. “He is very quick and can deliver the rock to his teammates as well.”